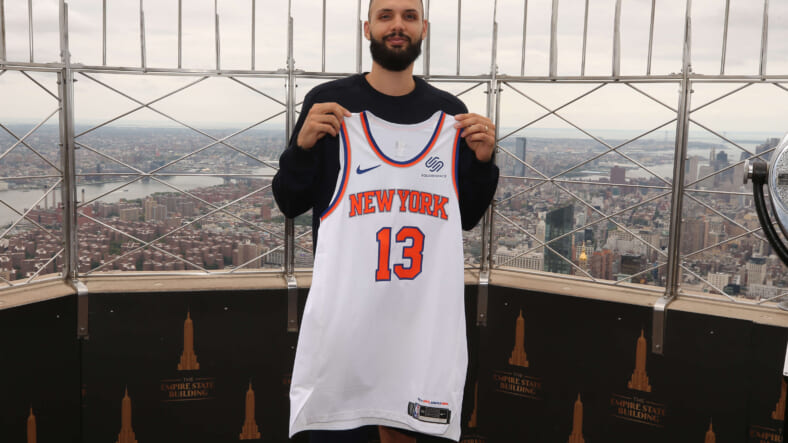 The New York Knicks signed Evan Fournier to a four-year, $73 million deal this off-season. The deal includes an out after the 2023-24 season, in which he would count $19 million against the cap. However, he will replace former shooting guard/small forward Reggie Bullock as the teamâ€™s primary spot shooter. However, Fournier brings another element to the roster, a player who can create opportunities for himself and others, which will take pressure off players like Julius Randle.

After signing a luxurious contract, Fournier has spent his time in New York riding the subway system and enjoying the sights of the Big Apple. Hilariously, he enjoyed some live music during his commute Monday morning.

Evan Fournier is getting the full NYC experience ? pic.twitter.com/bjqHmS9Qic

If youâ€™ve ever enjoyed the sights and sounds of the MTA, you know this is a frequent occurrence for subway riders. Fournier, who clearly wants to experience a sense of normalcy living in New York City, is seen shaking his head as the band plays throughout the car.

This is one of those classic New York moments with a player coming from Boston enjoying a change in scenery in a world that has been turned upside down due to the COVID-19 pandemic. In fact, the video is quite wholesome, has plenty of celebrities use the subway to get around in the city, flying under the radar and going unnoticed in a city of millions.