Trade Rumors: Knicks could have interest in trading for guard Landry Shamet, what would he bring? 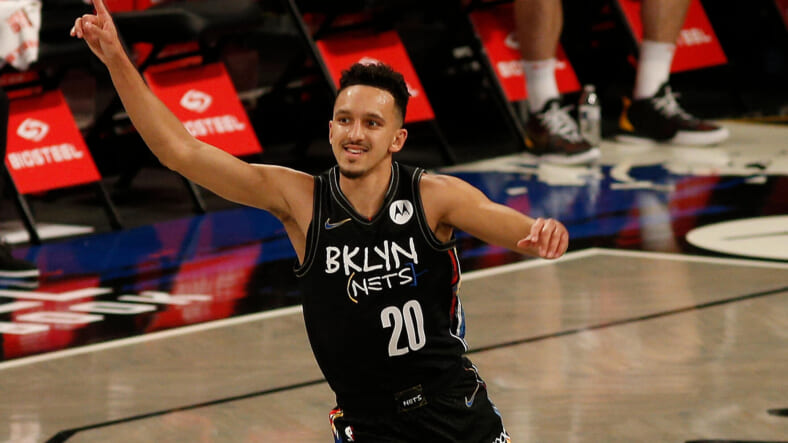 The New York Knicks are in search of productive shooters for the 2021-22 season. With the NBA draft set to commence on Thursday, July 29, they have several first-round selections they can allocate toward adding a guard to help in that category.

However, there is a reason to believe the Knicks could be intrigued by Brooklyn Nets guard Landry Shamet. At 6’4″, 190-pounds, Shamet is entering his fourth season in the NBA, averaging 9.3 points, 1.6 assists, and shooting 40% from the field last year. From range, he connected on 39% of his shots, attempting 5.5 per game.

According to Ian Begley of SNY, the Knicks had an interest in Landry Shamet and could absorb his contract:

Itâ€™s worth noting that the Knicks had interest in acquiring Shamet in the trade that sentÂ Marcus Morris Sr.Â to the Clippers. New York could send Brooklyn pick No. 19 or No. 21 and absorb Shametâ€™s deal into cap space (depending on the timing of the trade). The Pelicans, owners of the No. 17 pick, also have been interested in Shamet, per sources.

New York is trying to part ways with some of their draft capital, as they simply canâ€™t host four new rookies. Shamet would offer a solid reserve shooting guard who can also contribute at point.

Landry only averaged 23 minutes per game last year but had streaks of adequacy despite the Nets’ rotating point guards when Kyrie Irving wasnâ€™t able to play. The Knicks likely see him as more of an offensive producer than a facilitator, which would allow him to compete at SG.