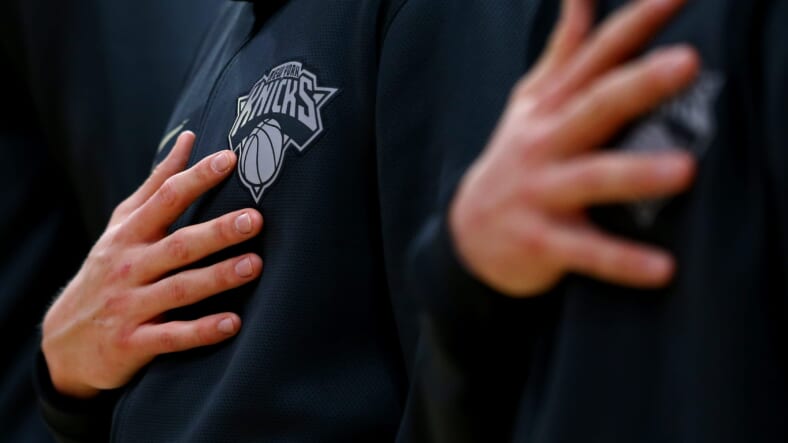 The New York Knicks still have not made an official statement regarding the death of George Floyd.Â  However, the Knicks owner did send an internal email regarding this tragic situation.

Basically, it was a cop out from the Knicks organization.Â  The Knicks owner sent an email as to why they havenâ€™t made an official statement.

The email stated, â€œWe know that some of you have asked about whether our company is going to make a public statement about the killing of George Floyd by a Minneapolis police officer.â€Â  “I want you to know, I realize the importance of this issue.Â  Therefore, I want you to understand our internal position.Â  This is a turbulent time in our country.Â  The coronavirus and civil unrest have taken their toll on our way of life.Â  We at Madison Square Garden stand by our values of respect and peaceful workplace.Â  We always willâ€ says the Knicks owner.

It ended with, â€œAs companies in the business of sports and entertainment, however, we are not any more qualified than anyone else to offer our opinion on social matters.”Â  While that is true, the Knicks are one of the most recognized basketball teams in the world.Â  Theyâ€™re also the most valuable organization, as well.Â  Youâ€™d think theyâ€™d have a little more respect for the racial injustices currently going on in our country.

While it comes as no surprise to Knicks fans, itâ€™s just how the owner is.Â  Heâ€™s privileged and doesnâ€™t understand the struggle others have to go through on a daily basis.

Media outlets and fans will make this out to be a bigger deal than it is.Â  There are much bigger things in this country then the Knicks making an official statement.Â  Instead of making a statement, taking action wouldâ€™ve been ten times better.Â  They have the money to help out in any way, shape or form.Â  Thatâ€™s how you truly make a difference.

All other teams throughout sports have made an official statement.Â  The New York Knicks and San Antonio Spurs are the only NBA team who havenâ€™t made one.