The New York Knicks can still make the playoffs in this new proposal? 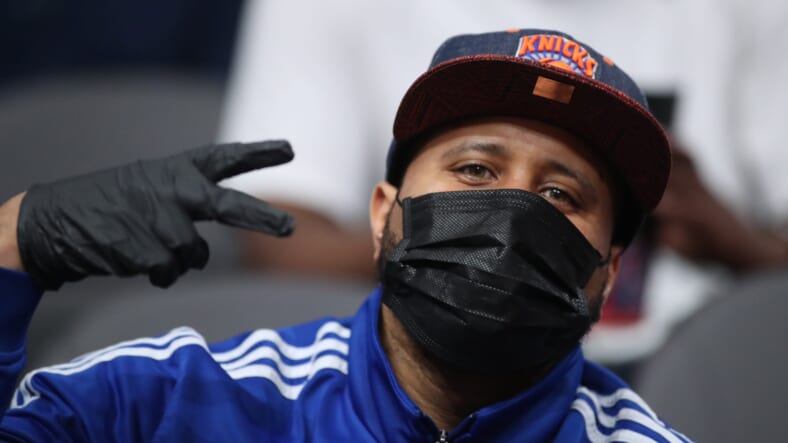 If the NBA season resumes, the New York Knicks can still make the playoffs?Â  According to the New York Postâ€™s Marc Berman, thereâ€™s a chance, unlikely but possible.

The scenario is wild in itself.Â  NBA commissioner Adam Silver proposed a play-in model.Â  Every team whoâ€™s already out of the playoffs, like the Knicks, still have a chance.

Hereâ€™s the proposal, which apparently, all NBA are on board for.Â  According to Berman, â€˜One instance is teams ranked nine through 12 in each conference staging a four-team single-elimination tournament.Â  The winner of that event gets the right to play the current No. 8 seed to get the final spot inside the formal 16-team playoff.â€™Â  Can you imagine the Knicks sneaking into the playoffs like this? This would be so Knicks too.

Despite Knicks fans getting excited of this proposal, thereâ€™s no way.Â  Thereâ€™s no way the Knicks sneak into the playoffs, even with a short play-in tournament.

Well, technically there is.Â  The Magic currently hold the 8th and the Knicks have played them tough this season.Â  Itâ€™s the other bottom teams that the Knicks would have to worry about.

The Knicks play above-average teams, decently, tough.Â  Itâ€™s the teams they should beat is where they get into trouble.Â  The Knicks should be closer to the 8th seed then where they currently sit, 12th in the East.Â  They love to play down to their opponent and ultimately canâ€™t finish close games down the stretch.

We joked about the Knicks getting hot right before the season was suspended due to COVID-19.Â  3-3 in March and fans thought maybe they started turning the corner after that thrilling overtime victory against the Rockets at the Garden.

However, even if this play-in model were to happen, it be tough to see the Knicks making the playoffs.Â  They play their worse game against the worst competition.Â  This scenario certainly doesn’t favor the New York Knicks.