The Knicks enjoyed a fantastic realization in win over Dallas 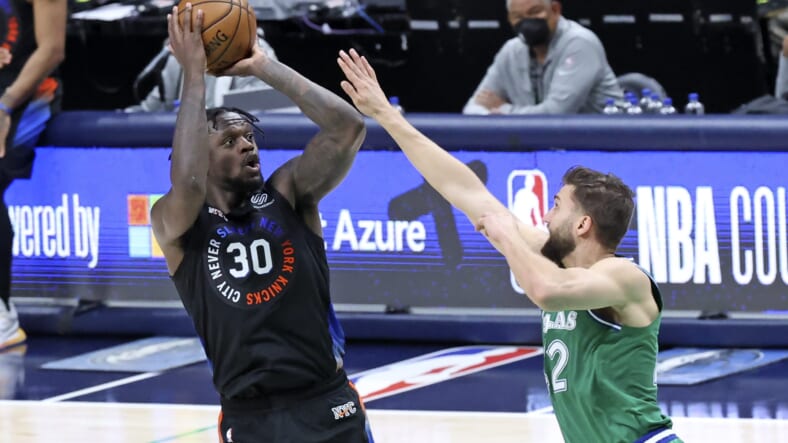 The New York Knicks are currently on a five-game winning streak after taking down the Dallas Mavericks on Friday evening. By a score of 117-109, the Mavericks stood no chance against an aggressive Knicks team lead by their heroic star Julius Randle.

The stoic nature of Randle’s play is contagious to his teammates, who played vigorous defense and complimented his game to perfection. Second-year shooting guard RJ Barrett finished with 24 points, shooting 50% from the field and picking up eight rebounds in the process. Point guard Derrick Rose earned 15, utilizing his elite court vision to spread the ball and drive to the rim. Starting Center Nerlens Noel played incredible defense, blocking shots left and right, even meeting Dorian Finney-Smith at the rim — arguably his best-blocked dunk of the season.

COME AT NERLENS YOU BEST NOT MISS pic.twitter.com/OG0KgtbnZH

This Knicks team is all heart, and Randle has proven he is a bonafide star at the NBA level this season. However, his standout performance against Dallas in the victory allowed the Knicks to fully enjoy a fantastic realization. Julius isn’t only a complementary piece, he is capable of leading a team and being an elite scorer in unison with strong defense. He finished with 44 points against Dallas, shooting 16-of-29 from the field and 6-of-11 from 3-PT. He also recorded 10 rebounds and seven assists, showcasing his strong rebounding abilities and vision when double-teamed.

With the Knicks currently three games over .500 and coasting on a five-game win streak, they are preparing to take on the New Orleans Pelicans on Sunday afternoon, after beating them two days ago to earn their fourth win of the streak.

While New York fell to the eighth seed for a split second, they are currently climbing the ladder and are in sixth place, just .5 games back from the Boston Celtics. With one more win and an Atlanta Hawks and Celtics loss, the Knicks will be firmly cemented in the fourth seed, which would guarantee them a playoff spot with the season dwindling down.

Tom Thibodeau and his pesky group of bandits have just 15 games left before the end of the regular season and have a few important games on the horizon, one of which is against Atlanta. Luckily, they have Randle, who is hitting the peak of his abilities as we speak. He has one year left on a three-year, $62.1 million deal he signed in 2019. He will earn $19.8 million in base salary, and while the Knicks could release him and save $15 million, he proved anything but an extension would be ludicrous with his performance on Friday.