Should the Knicks extend Frank Ntilikina or sign a free agent option? 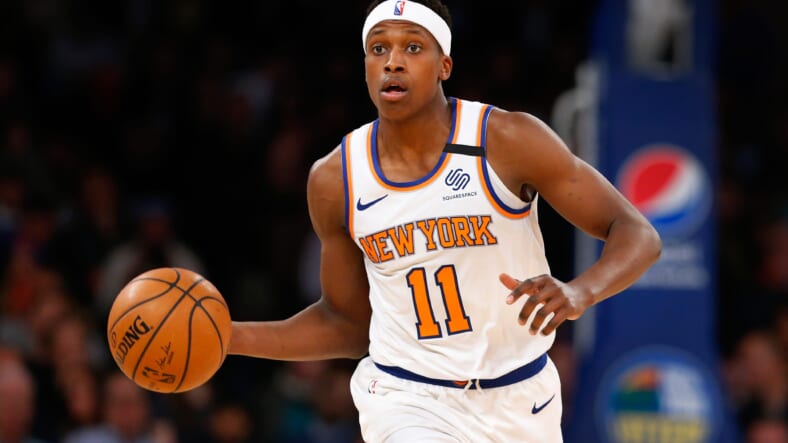 The Frank Ntilikina debate is a debate as old as time, and now that the New York Knicks and their fans have plenty of time on their hands to argue, it’s time to consider the reality of the situation.

Ntilikina is a good basketball player; he’s just not starter quality. His offensive efficiency is abysmal, averaging only 6.3 points per game, a staggering .6 points greater than 2018. In fact, his offensive output is nearly identical to last season, indicating little to no growth in the area. His defense, though, is a reason to keep him around for the long-term, even if he’s a situational player.

If the Knicks do decide to extent Ntilikina, he will be the first rookie since 1994 to earn more time in New York after his rookie-deal. Charlie Ward was the last Knick to earn the honor. While Ntilikina hasn’t developed his offensive abilities to the peak most believed he had, having endured multiple front-office changes in less than three years is indicative of his progress.

It’s difficult to value Frank based on his offense since his defense is far better. The Knicks still need to find a top point guard to inject into their starting five — Ntilikina is a better reserve option and late-game defensive player. If the Knicks can retain him for about $8 million per season, they would be in good shape for the future. Ntilikina isn’t close to reaching his full potential — a consistent/quality coach could bring the best out of the young Frenchman.

At 31-years-old, Teague is fighting age; however, he’s still a quality player who can play at a high level. Having been traded from the Timberwolves to the Atlanta Hawks, Teague is still averaging 10.9 points, 5.2 assists, and a .457 two-point percentage. His offensive production has slowly decreased over the years, but he can be a serviceable stop-gap in the meantime.

Dragic would be a great point guard for the Knicks to target in free agency next offseason. At 33-years-old, Dragic is still a capable scorer, averaging 16.1 points per game this season. His .491 two-point percentage is the highest of Teague and Ntilikina, making him a reliable option for that reason. His defensive traits have deteriorated, but that’s why the Knicks have Ntilikina, after all.