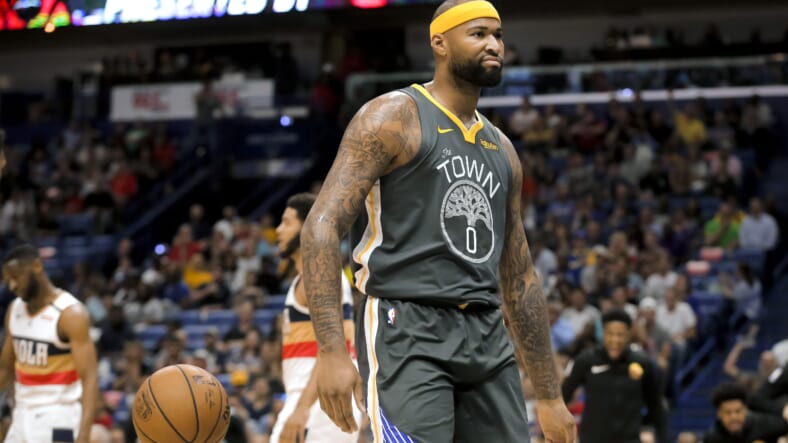 The New York Knicks need support at center after losing Mitchell Robinson to a fractured foot against the Milwaukee Bucks. While they do have Nerlens Noel and Taj Gibson on the roster, they are both susceptible to injury at their age, especially Noel, who has had any issues in the past.

Head coach Tom Thibodeau is perfectly fine utilizing Noel as their primary starter, considering heâ€™s been phenomenal on defense this year. He signed a one-year, $5 million deal with the Knicks this past off-season, and while heâ€™s only about 27 years old, injuries have hurt him in the past. Heâ€™s much younger than Gibson, who is currently 35 but still displays fantastic physicality when on the floor.

However, New York could look to an offensive-minded big man, someone like DeMarcus Cousins, who has been an All-Star four times, a two-time All-NBA player, and an All-Rookie in 2010. The problem, Cousins, comes with baggage, but he has enjoyed 25 appearances, and 11 starts this year with the Houston Rockets. Due to an ACL injury, he missed the entire 2019-20 season and was only averaging 9.6 points with Houston before being released.

Historically, Cousins is a fantastic offensive player on the interior and adequate defensively, averaging over 25 points per game during his phenomenal run between 2014 and 2018. Heâ€™s played for a bevy of teams, including the Sacramento Kings, New Orleans Pelicans, and Golden State Warriors.

Whether the Knicks consider Boogie is up to president Leon Rose, as Thibs mentioned several weeks ago when asked if he’d consider adding another center.

“That’s a Leon question,” ThibodeauÂ told reporters. “We have more than enough on the roster, so we’ll figure out a way. We have guys that can play multiple positions, and then we’re going to have to take care of the rebounding, gang rebound. Everyone has to contribute in that area.”

Based on Thibodeauâ€™s past comments, Iâ€™m not convinced the Knicks will pursue a player like Demarcus, but if they want more of an offensive threat on the interior, they should consider signing him for the rest of the 2020â€“21 season. As an absolute menace in the rebound apartment, he would be a huge help for a team that was outmuscled in the paint against the Miami Heat, and that problem isnâ€™t going to go away overnight.