Should the Knicks consider PG Dennis Schroder as an option in free agency? 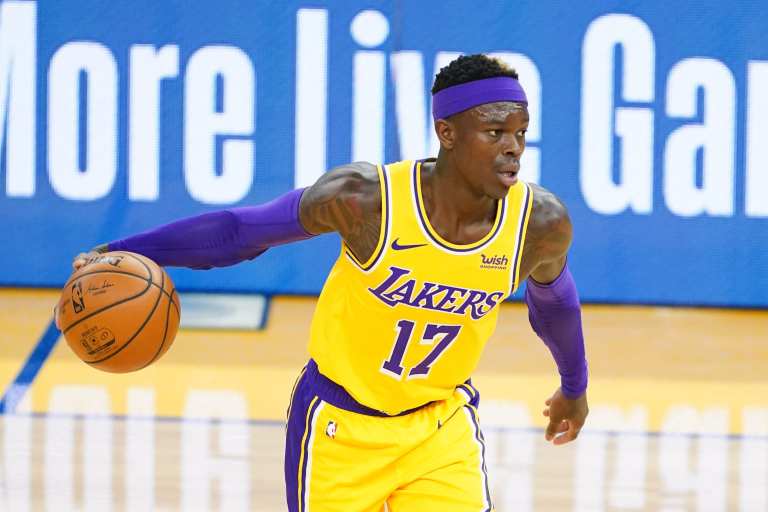 The New York Knicks will be connected to various point guards this off-season, as big names have already been bubbling to the surface, including Damian Lillard and Chris Paul. Of course, a few under-the-radar options will also have a shot at signing with New York, including players like Kendrick Nunn and Lonzo Ball. You could make the argument that Ball is more of a high-profile signing, and the Knicks were connected to him at the trade deadline this past regular season.

However, one alternative could fit the bill for a New York team in search of a long-term solution at PG. Dennis Schroder, formally of the Los Angeles Lakers, Oklahoma City Thunder, and Atlanta Hawks, could be a suitable option for the next few years.

A few months ago, the Knicks were intrigued by Schroder at the trade deadline, as SNY’s Ian Begley reported that the Lakers’ point guard is “among the players on New York’s radar as the club looks ahead to free agency.”


The Knicks alternatively went out and acquired Derrick Rose to fill the void at one of their weakest positions, and Rose played admirably off the bench, laying it all on the line during the postseason as one of their marquee contributors. While Schroder might not blow you away with any of his statistical outputs, he has unmeasurable heart and grit, offering quickness off the dribble and solid defense. He’s a competitor, and the Knicks love players who work hard every single night. It is clear that the Lakers would prefer to keep Dennis around for the long term, but he seems prepared to reject their offer and sign a more lucrative deal with a different club.

While the Knicks might not be ready to offer him upwards of $20 million per season based on his output, if he ends up being one of the last options available, they might not have a choice. The Knicks should be active early in free agency to acquire a star PG, otherwise, they might be stuck overpaying for a player who hasn’t proven elite play over a larger sample size.

The New York Giants might have one of the NFL’s most elite cornerback duos in 2021
New York Mets Injury Report (June 24, 2021)
New York Yankees Recap: Home runs power Yankees to series win over KC
Did the Jets stumble upon a stud in mid-round running back selection?
wpDiscuz