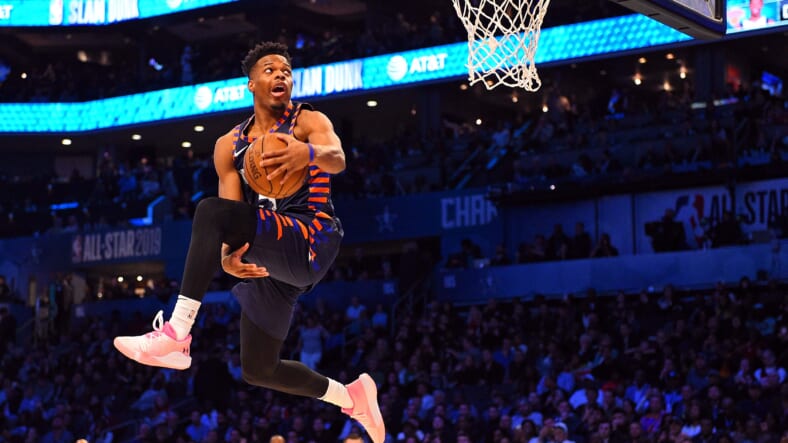 David Fizdale and the rest of the New York Knicks coaching staff allegedly have a dilemma on their hands regarding playing time amongst the deep, young, and hungry roster. Many players on the Knick roster are entering the 2019-20 NBA season with severe chips on their shoulders due to their contracts. Will such a deep roster ruffle any feathers when it comes to playing time?

The allocation of minutes shouldn’t be a concern for the New York Knicks. Training camp is an opportunity for guys to earn their position. Nothing will be handed to anyone. Plus, the Knicks got the type of personnel the NFL would welcome with open arms. They wouldn’t want anything handed to them anyway, they’d rather fight it out and may the best man win. Players have a job to do, and Fizdale isn’t scared to delegate what each player’s job description is. Professionalism and stifling defense are a big part of this current Knicks culture. Whoever gets upset, with their role better not sit and sulk on the bench. They better play smart team basketball. Everybody won’t be comfortable, however, being out of the comfort zone will be extremely beneficial for each player. Diamonds are formed under immense pressure. The Knicks roster is filled with upside, but will they exceed expectations? We will surely find out this upcoming season.

The “Keep What You Kill” mindset brought forth by Fizdale will boost competition and encourage the “iron sharpen iron” culture being built in New York. A mix of talented players practicing hard against each other on a nightly basis will only improve the team in the future. If the Knicks continue this kind of culture, they won’t have to chase free-agents, the free-agents will chase the Knicks.

Overall, the allocation of minutes won’t be a big deal due to the personnel, depth, and coaching style of Fizdale. Fizdale will push the Knicks to play at an aggressively fast offensive pace and at a very high energetic, aggressively disruptive defensive pace. With players leaving it all on the court, coming out of the game will be desired due to the pace. The allocation of minutes will turn out to be a good problem for the Knicks this upcoming season.