Should Knicks trade for Cam Reddish as Atlanta looks to deal? 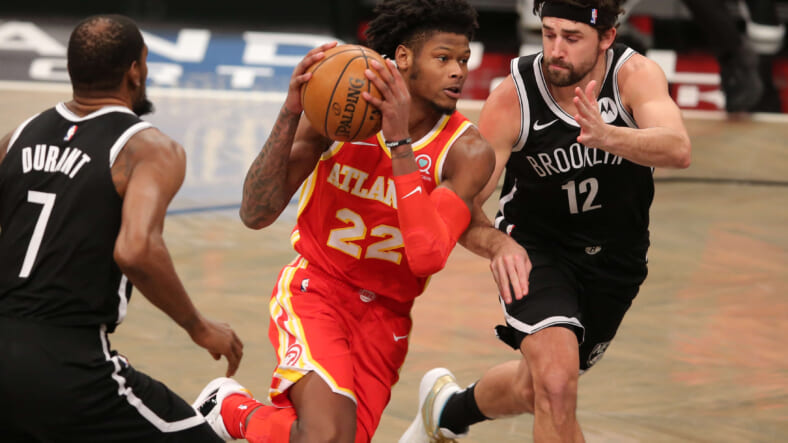 The Knicks are desperately trying to trade up in the 2021 NBA draft, as they can possibly host four new rookies on a team looking to take a step forward next season. Trading for an established player could be on their radar, and one player who could become available is Atlanta Hawks small forward Cam Reddish.

According to Jonathan Givony of ESPN, Hawks’ small forward Cam Reddish could be on the chopping block:

â€œThe Hawks may look to restart the cycle by moving one of their rookie scale contract players, such as Cam Reddish, for a first-round pick, as itâ€™s unlikely that theyâ€™ll be able to pay all of their young players.â€

Reddish has struggled to find his footing in the NBA, averaging 11.2 points, 4.0 rebounds, and shooting 36.5% from the field last season. He also connected on just 26.2% of his shots from range, but at 21-years-old, he has plenty of developmental progress left to realize.

With Reggie Bullock expected to hit the free-agent market, thereâ€™s no guarantee the Knicks will be able to fend off competitors. Atlanta could ask for a first-round pick in a Reddish trade scenario, but his inability to shoot efficiently stands out.

One of the primary reasons that Reddish has struggled is due to injury (played in just 26 games last season). While his offensive production has struggled, he has developed into a quality perimeter defender, averaging 1.3 steals per game, interrupting passing lanes. With one year left before a club option in 2022, the Knicks have plenty of time to develop him. However, the lack of shooting/scoring production stands out when looking at his statistics, but that doesnâ€™t seem to be a problem for a coaching staff that elevated their entire roster last season.

Would you consider trading for Cam Reddish? Comment below!