Report: New York Knicks have Taj Gibson on their radar 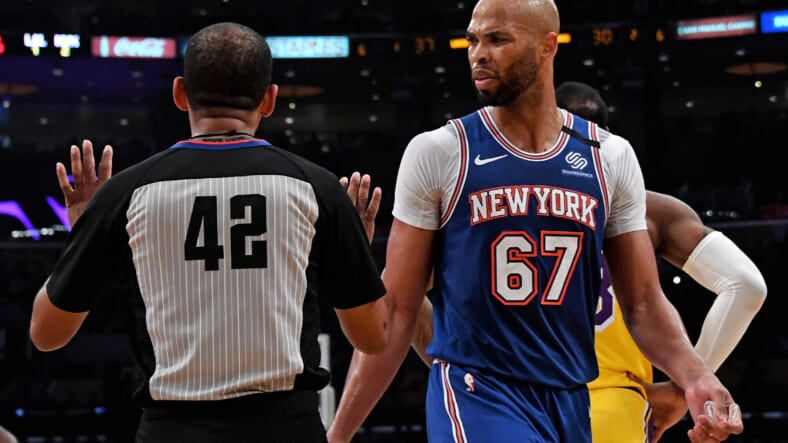 The New York Knicks have won five of their last six games, and fans are worried about messing with the starting rotation, justifiably so. However, injuries have decimated their frontcourt, with Obi Toppin and dealing with a calf injury and Nerlens Noel also missing consistent games the past two weeks.

Ultimately, this has led to the Knicks being interested in former player Taj Gibson. He played with New York in 2019, and at 34 years old, he brings a stable veteran presence to the locker room and floor. During his time with NY, he played specifically at center and averaged 6.1 points per game and 4.3 total rebounds over 16.5 minutes. He was productive for what the Knicks asked him to do â€” primarily play big man defense and add an experienced presence in the paint.

According to Ian Begley of SNY, the Knicks have touched base with Gibson and are considering him on a free-agent deal. They declined the team option on his contract back in November, but there was mutual interest in him returning to the team. The numbers simply didnâ€™t work out.

Gibson is best known for his assistance in Mitchell Robinsonâ€™s development, as he was seen as a mentor to the young center. According to Begley, there are a few contenders who have reportedly tabbed Gibson as worthy of interest aside from NY.

Nonetheless, the Knicks have been grinding lately on a tough road trip, finally making their way home against the Jazz and recording a stellar victory.

In the win, the Knicks enjoyed a fantastic performance from Julius Randle, who struggled in the first half but woke up in a second, finishing with 30 points and recording 16 rebounds. Point guard Elfrid Payton has also been fantastic lately, scoring 22 points and connecting on 10 or 15 shots against Utah.

The secret ingredient, though, has been Austin Rivers the past three games, after returning from a groin strain that held him out early on in the season. Against Utah, he recorded 23 points, hitting four consecutive three-pointers at one point.

It is exciting to see this Knicks team developing and growing so rapidly, and adding an experienced veteran like Gibson can only be beneficial, as long as heâ€™s not eating into minutes in the current starting unit.