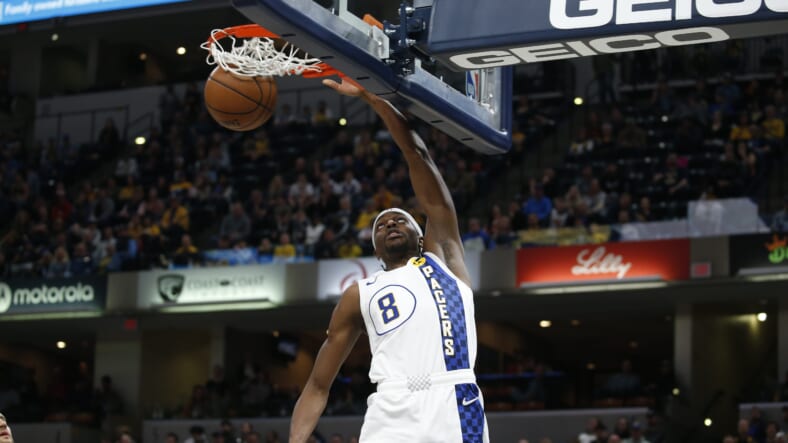 The rumor mill has undoubtedly been active for the New York Knicks this off-season, as theyâ€™ve been connected to star players like point guard Chris Paul. While the jury is still out on Paul and if he will join the Knicks, some lesser players add value to the rotation.

One player who has been connected to New York is Justin holiday, who previously played for the Indiana Pacers in 2019-20.

Holiday is a productive player who offers solid value offensively and can rotate efficiently.

Ian Begley of SNY reports that the Knicks could see Holiday as a potential target in free agency:

Some decision-makers see Holiday as a player worth pursuing in free agency, per SNY sources. Holiday, a 6-6 wing, played in New York in 2016-17. Heâ€™s also played for Knicks head coach Tom Thibodeau in Chicago.

The 31-year-old would give New York a steadying, veteran presence in the locker room; heâ€™s shown that he can impact winning on both ends of the floor.

Holiday will come at a relatively cheap price if the Knicks elect to pursue him in free agency. He earned just under $5 million for the 2019â€“20 season with the Pacers, but he will likely earn a bit less moving forward. The Knicks might be able to lock him in at $4 million, and he is still a productive scorer.

In addition to the value he brings, Holiday, who is currently 31 years old, played with the Knicks during the 2016-17 campaign. He appeared in all 82 games, making four starts. He was essentially a bench piece that provided solid value and was efficient from the field. He might offer the same value again if Leon Rose sees him as a fit on Tom Thibadoueâ€™s team.