Report: Knicks intrigued by Spencer Dinwiddie, DeMar DeRozan, but do they make sense? 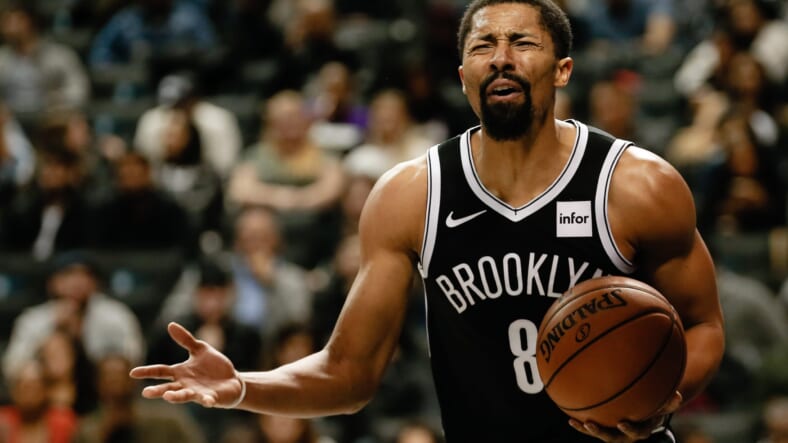 The Knick seem to be in the fold for almost every high-profile free agent this off-season. With August gearing up to be an exciting month, the NBA draft should give a good indication of where the organization is heading.

Whether they target a point guard or shooting guard to fill a need, President Leon Rose will likely tailor his free agency strategy around their selections.

According to Ian Begley of SNY, the Knicks are interested in both Dinwiddie and DeRozan:

With that in mind,Â DeMar DeRozanÂ andÂ Spencer Dinwiddie are two players on theÂ Knicksâ€™ radar in at least some of their free agency scenarios.

Dinwiddie, a former second-round pick in 2014, played just three games last year after suffering a torn ACL. During the 2019 season, Dinwiddie featured in 64 games, averaging 20.6 points, 6.8 assists, and shot 41% from the field. It was his best season by far, but given his lackluster three-point shooting, the Knicks would have to be content with his style — driving to the rim.

The unrestricted free agent is confident he will bounce back from the ACL tear, having rehabilitated from a similar injury at the collegiate level. Overpaying for him should be a last resort. There are several healthier options that would be more beneficial.

As for DeRozan, who is also an unrestricted free agent, his talents might fit well in New York. DeRozan averaged 21.6 points, 6.9 assists and shot nearly 50% from the field last season. He has been traditionally healthy throughout the course of his career, earning four All-Star appearances over 12 seasons. As a primary shooting guard, DeRozan prefers operating in the paint while also contributing on defense.

As an experienced veteran, DeRozan has a few years of quality basketball left his bones. Signing him to a two-year contract could prove to be a positive move, but his lack of three-point shooting stands out. The Knicks do have Immanuel Quickley to fill that role, so bringing in DeRozan would give them a force in the paint and a quality passer to kick the ball out to the corners where the shooters can capitalize. DeMar would also demand attention from opposing teams, opening up the floor for Julius Randle.