Report: Knicks having trouble moving up into lottery, Wizards a potential trade partner? 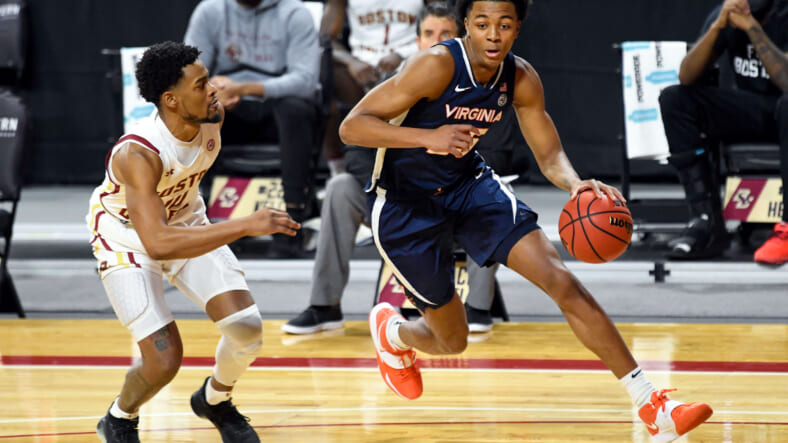 The New York Knicks hold the 19, 21, and 32nd overall picks in the first round of the 2021 NBA draft. On paper, the Knicks have plenty of draft capital, but they are having a difficult time moving up into the lottery. They have reportedly discussed a trade with the Golden State Warriors, who turned down the 19 and 21 overall picks in exchange for 14.

While it is still possible New York moves up a few spots, they might land outside of the lottery, which would still give them a decent shot at a few talented players.

Per Jonathan Wasserman of Bleacher Report, the Knicks are trying to move up into the lottery but are having trouble:

A source says theÂ KnicksÂ have made calls to late-lottery teams about trading up. I’m told the Warriors turned down Nos. 19 and 21 for No. 14. The Knicks don’t have strong enough draft assets to get into top 10, and now it seems like a long shot they can get into the late lottery. Keep an eye on Murphy for New York, given how his reputation has blown up during the predraft process. The Knicks worked him out, and it sounds unlikely he’ll be available at No. 19. Depending on their level of interest, New York could talk to the Wizards about a deal for No. 15.

The Wizards are in an interesting spot, as Bradley Beal desires to stay with the team as long as they retain Russell Westbrook. Adding more draft capital would allow them to bolster the squad through means of the draft. The Knicks would gain the 15th overall spot, giving them a shot at a player like Trey Murphy III, who has been connected to the team recently.

â€œHeâ€™s a prototypical NBA player with his size and his ability to shoot. He just fits the style of what the NBA likes and what they are right now,â€ UVA assistant coach Jason Williford told Alder Almo of Empire Sports Media.

Murphy is an intriguing player. He averaged 11.3 points, 1.2 assists, 3.4 rebounds, and shot 50% from the field this past season. Oddly, Murphy connected on 43% of his shots from three but only attempted 4.8 per game. That could change at the NBA level, as the Knicks would likely ask him to be a deep shooter while also providing physical defense (3-and-D).

With the Draft just two days away, expect the front office to be strategizing to find a trade partner. They have a few players in mind who might not be available at 19. Draft-day trades are no rarity, and the Knicks will likely be looking to make a move in the final moments.