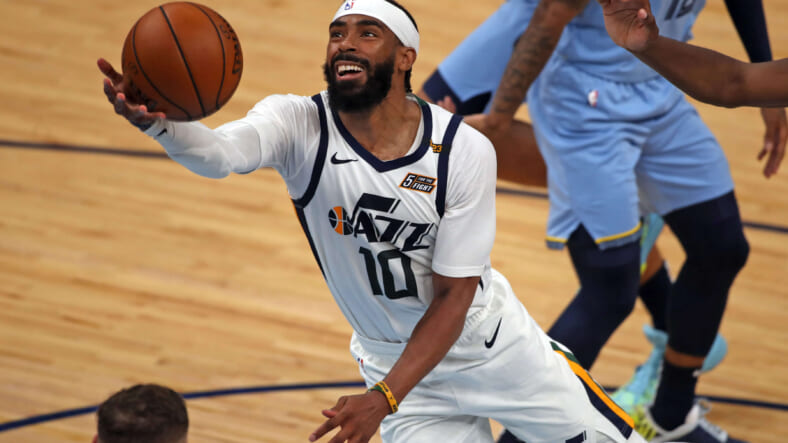 As the New York Knicks begin to put a list together of who they will consider in free agency, one name that has bubbled to the surface is Mike Conley of the Utah Jazz. Conley earned his first All-Star appearance this past season at 33 years old, averaging 16.2 points, 6.0 assists, and shot .444 from the field. He also connected on 41% of his shots from range over 6.6 attempts per game.

Conley is an intriguing option, but it has taken him quite some time to become a legitimate impact player who could be worth targeting in free agency. He helped lift Utah to their best regular season since the John Stockton era, and if not for an injured hamstring, it is possible they wouldâ€™ve been in the NBA finals.

Based on his veteran leadership and wealth of experience, the Knicks could consider Conley as a plug and play point guard next season on a multi-year deal.

According to Evan Massey of the NBA Analysis Network, the Knicks could be eye Mike Conley as a potential fit at point guard:

â€œThe Mavs are a team to keep an eye on for Conley, however, the Knicks are viewed as the biggest threat to sign Conley away from Utah in free agency.â€

With that being said, The Athletic’s Tony Jones reported that Utah “will make every attempt to keep the All-Star in a Jazz uniform.”

There is a concern when it comes to Mike; he will be 34 next season and is already considered an injury liability. Compared to Chris Paul, who has played back-to-back years of 70 games, relying on the Jazz star to be available every night is optimistic.

If the Knicks go that route, they would be smart to bring in another point guard, preferably in the NBA draft. They could develop an option like Davion Mitchell or Tre Mann behind Conley, who they might be able to land on a two-year contract. Considering Utah has $134 million committed to players next year, with Donovan Mitchell and Rudy Gobert seeing their extensions kick in, offering Conley big money will likely be difficult.

Given the issues they face in the payroll category, the Knicks have plenty of money to throw around, but they also have loads of options they will be considering.

What do you think about the idea of signing Mike Conley? Comment below!