Report: Knicks could lose Reggie Bullock in free agency as Celtics and 76ers have interest 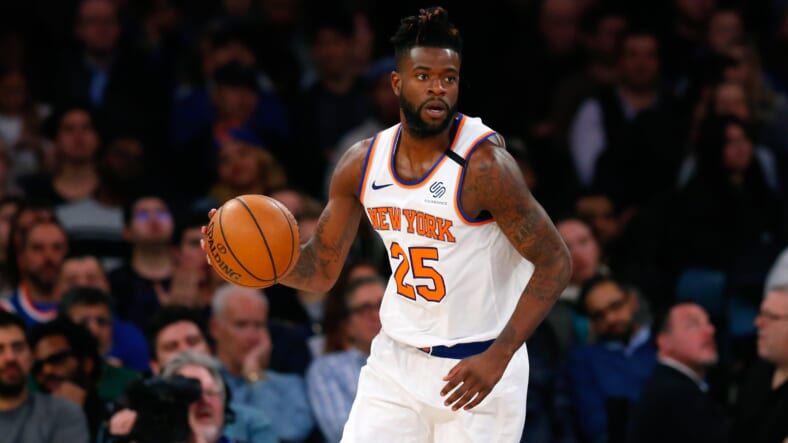 One of the Knicks’ more coveted free agents is shooting guard/small forward Reggie Bullock, who signed a two-year, $8.2 million deal during the 2019 free agency. He earned just $4.2 million last season, contributing heavily toward the Knicks’ postseason run, shooting a stellar 41% over 6.1 attempts from three-point range. He averaged 10.9 points, 3.4 rebounds, and contributed 0.8 steals on defense.

Overall, the Knicks got ample value from a player who was making insignificant money last season, but he is set to earn a nice payday for his services. If the Knicks theoretically bring him back on a one-year deal, they could offer him $5.46 million, with the difference from his 2020-21 salary not included in the team’s cap space.

There will be competition for Bullock in free agency, as other teams have already expressed interest apparently.

According to an NBA source, two Atlantic Division squads, the Celtics and 76ers, have interest in Knicks swingman Reggie Bullock, who started all season at either shooting guard or small forward.

The Knicks will have plenty of competition for Bullock’s signature:

Not only do the Celtics and 76ers have Bullock on their list, but the Los Angeles Lakers could also enter the picture, Berman reports. While his preference is to stay in New York, likely commanding a $9.23 million full mid-level exception deal, it is possible he seeks a multi-year contract, giving him some job security.

As a player who averaged 30 minutes per game, the highest of his entire career, he offered the team plenty on both sides of the floor, hitting a few clutch shots down the stretch to help the Knicks secure the 4th seed in the Eastern Conference.

Hopefully, they can retain him on an efficient contract without having to overspend for a player like Duncan Robinson of Miami. Otherwise, there will be plenty of free-agent targets to consider.