Remembering The Trade That Brought Carmelo Anthony To The knicks 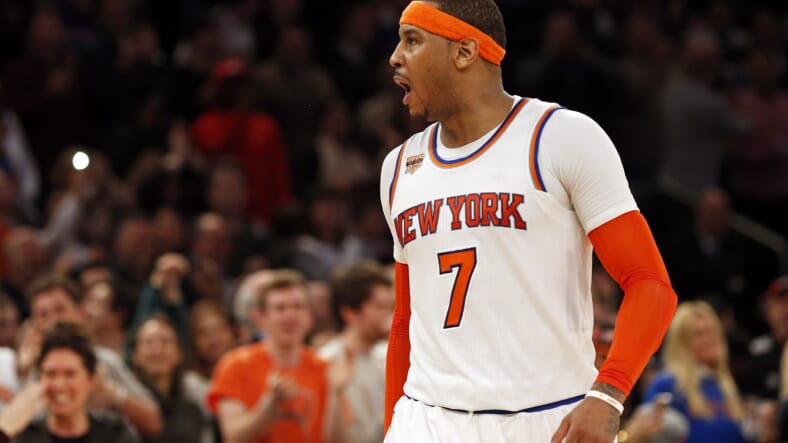 Seven and a half years later, how did the Melo trade go?

Now that Melo is long gone from the New York Knicks, how did the trade actually turn out?

February 21st, 2011 was one of the most exciting days for me as a Knicks fan. After hoping to hit a Grand Slam with landing Lebron and or a player like Dwyane Wade and Chris Bosh, the Knicks hit a single with the exciting, yet oft-injured, Amare Stoudemire.

Amare was great for those first few months when he was the primary scoring option surrounded by roles players. The Knicks were competitive and playoff bound, but we all knew they needed another significant star.Â

In July 2011, then Denver Nuggets star Carmelo Anthony was set to become an unrestricted Free Agent and had express serious interest in coming home and joining the Knicks. New York had cap space to sign another max deal and did not need to make a big trade.

Well, the Knicks being the Knicks did not want to take any chances and traded pretty much the whole supporting cast to Amare’s show. The Knicks traded awayÂ Wilson Chandler, Raymond Felton, Danilo Gallinari, Timofey Mozgov, their 2014 first-round draft pick and 2016 swap rights. In return, they received Melo and Chauncey Billups.

At the time, like any fan of a team that acquires a top 10 player, a lot of fans were extremely excited. Melo was one of the best pure scorers in the league and immediately became the best player on the Knicks since Patrick Ewing. Chauncey Billups was a nice piece as well (even though they wasted their amnesty clause on him).Â

Some fans had some valid hesitations with the trade. A lot was given up including fan favorite Wilson Chandler and up-and-coming Danilo Gallinari. Also, trading future first-rounder’s usually isn’t a good thing. Why trade all that if they can just sign him in the off-season? A very reasonable concern.Â

Looking back at all the assets they traded away, none of those players ever became close to the player Melo was. Chandler is a lifelong role player, Gallo has been injured often and never really became the star Knicks fans wanted him to become when they drafted him. Felton was solid, but no one lost sleep over that decision and Mozgov was half-decent but again, no one lost any sleep.

The draft picks that they traded turned out to be Dario Saric and Jamal Murray. Both of whom are already contributors and Murray seems to be on his way to stardom. Would the Knicks have drafted both of them or even had those exact picks? There is no way tell.

Carmelo Anthony was the best player to walk into the Garden on a nightly basis during this century. The 54 win team in 2013 was by far the best season the Knicks have had since they last made the NBA Finals. The real reason they did not ultimately succeed in bringing a championship to the streets of Manhattan, is simply because of poor management. The Andrea Bargnani trade was an absolute albatross. Melo always played better with a good point guard and the Knicks got over-anxious and signed Tyson Chandler and left no room for CP3 who pretty much did everything except tell the Knicks to save cap space for him. As previously mentions, the amnesty was wasted on Billups and should’ve been used on Amare. Melo and Amare were never a good fit next to each other and neither made the other one better.

Overall, I think it was a good trade. They had a perennial All-Star who did not back down from Lebron or Boston. None of the players they traded turned out to be great and in an era where team success is predicated on having 3 Hall of Famers, those kind of guys help but ultimately don’t win anything for you.Â

If the Knicks management did a better job building around Melo, they would’ve been a better team and could have attracted some better free agents. It was the right trade even if they could have gotten him less than 5 months later for without mortgaging the future. As we see today (see George, Paul), minds can be changed in just a few months and there aren’t any guarantees.