New York Knicks will retain Scott Perry for another season 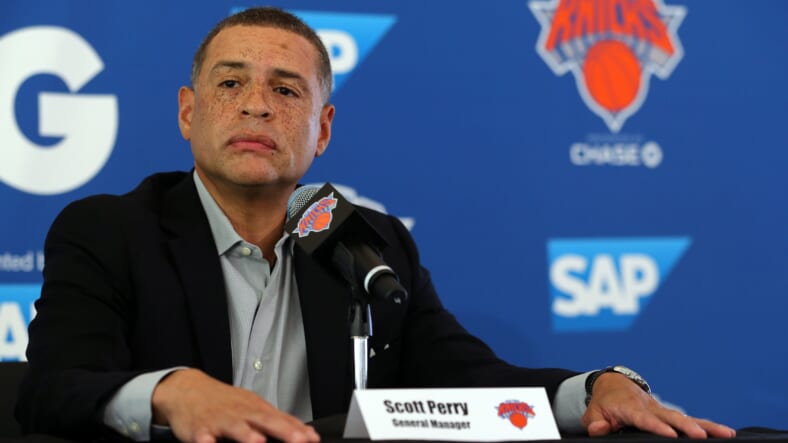 The New York KnicksÂ will retain general manager Scott Perry for at least one more season. The team’s new president Leon Rose has decided to pick up Perry’s option for 2020-21, per Shams Charania of The Athletic.

Sources: The Knicks will retain Scott Perry as general manager on a one-year deal.

With new boss Leon Rose in charge, Perry’s future was uncertain. Perry hasn’t had the greatest tenure so far. The Knicks do have two promising young players in RJ Barrett and Mitchell Robinson, the latter of whom was selected in the second round. Perry has also been able to find talent outside of the draft in Kenny Wooten and Allonzo Trier.

The problem is, the Knicks haven’t seen results. Under Perry, the Knicks have constructed a team that cannot shoot or space the floor effectively. While Perry has drafted some promising players, many of them have been buried on the bench or in the G League. Player development and team chemistry have been major issues for the team.

Many people expect some big changes on the Knicks roster heading into next season, and Scott Perry will remain heavily involved in the decisions. Hopefully, under new president Leon Rose, the Knicks can begin to construct a clearer path to success.