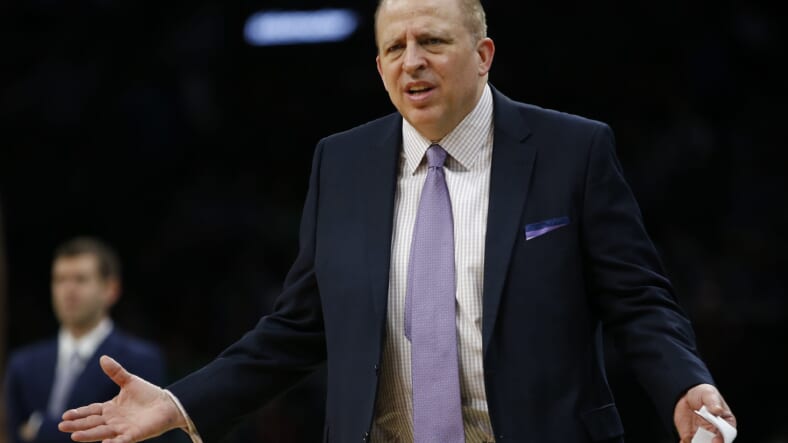 The New York Knicks top coaching candidate might have his sights set elsewhere.Â  Tom Thibodeau could have possible interest in going to Houston.

If Mike Dâ€™Antoni is relieved of his coaching duties, Thibs may want to go to the Rockets over the Knicks.Â  This is from New York Post, their sources and Marc Berman.

Honestly, would you blame Thibs?Â  The Rockets are competing for championship.Â  They have the tools, sort of, in place to win a title.Â  The Knicks are very far from that.

The Knicks are rebuilding and why it would be nice to have a winning coach, other places are more intriguing.Â  Houston is certainly one.

Everyone has been talking about how Thibs lost in Minnesota with developing those players.Â  Thatâ€™s one of the concerns for Knicks fans, if they hire Thibs.Â  However, people forget the Thibs had a young team in Chicago.Â  Rose and company were in their early-to-mid 20â€™s and made a run for a title.Â  So Thibs does know how to develop young talent.Â  Sometimes it doesnâ€™t work.

Word on the street is Mike Miller could return as coach.Â  Thatâ€™s now a possibility.Â  Miller did the best he could with what he was dealt with after David Fizdale being fired.Â  He did what he could to retain his job for next season as well.Â  The New York Knicks need to figure out who is the best possible candidate to develop the players during this rebuild.