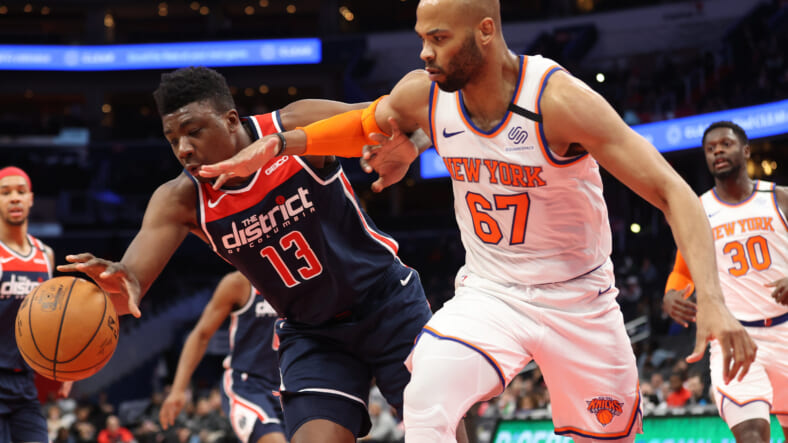 The New York Knicks are gearing up to sign Veteran Center Taj Gibson, who was on their radar Thursday morning. Gibson played with the Knicks in 2019, averaging 6.1 points per game and 4.3 total rebounds over 16.5 minutes. He was also instrumental as a mentor for Mitchell Robinson during his rookie season, and the Knicks view him as a potential depth piece moving forward.

While New York rejected his team option deal for the 2021 season, there was mutual interest on a cheaper contract. It seemed as if they have found a compromise, and he will join a frontcourt littered with injuries. The Knicks desperately needed help, and Gibson offers a solid presence on the floor with his experience and chemistry with existing players.

The New York Knicks are trending up and making moves:

Gibson is joining a surging NY team that has won five of their last six games, recently overcoming a strong Utah Jazz squad. After being down by as much as 18 points on Wednesday evening against Utah, the Knicks bounced back, and it made a second-half comeback, stamped by impressive performances from Julius Randle and Austin Rivers.

With injuries to center Nerlens Noel and rookie power forward Obi Toppin, this is a good time for the team to bring in Gibson. To make room in their salary cap, the Knicks waived Omari Spellman.