New York Knicks: Should we be worried about RJ Barrett’s development? 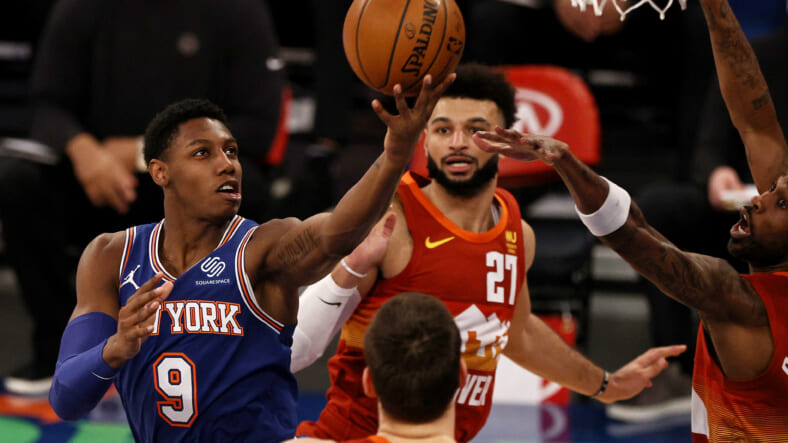 After starting the 2021 season with a bang, the New York Knicks are quickly falling back to earth. Theyâ€™ve lost their last three games, scoring no more than 89 points in each of them. Their third consecutive loss against the Charlotte Hornets on Monday evening was another disappointing performance, as their defense allowed 109 points, and their offense was simply lackluster.

Star power forward Julius Randle finished with just 11 points, a strange performance from a player who has dominated to start the year. Teams are quickly figuring out that as long as they stop Randle, the Knicks will simply beat themselves with poor shooting and inadequate defense.

However, second-year guard RJ Barrett has struggled to find his groove so far, scoring 11 points on the night, shooting 5-for-18, and missing all five of his three-point attempts.

â€œJust a tough game, another tough game,â€ Barrett said. â€œAs long as we have 72 of them, every nightâ€™s not gonna be your night. Just gotta get back to the lab.

â€œAs a team, weâ€™ve got to just figure this out. Weâ€™ve played at a high level before and know we can do it. Just gotta get back to it.â€

Barrett has been inconsistent, displaying signs of stardom and then disappearing for games on end. The Knicks need him to take a step forward in his development, but so far, he has lacked the ability to shoot efficiently and has played bad defense.

â€œWe just have to get back to work. We started the game slowly, got in a big hole, fought to get out of it and then fell back in the hole the second half. Weâ€™ve got to regroup,â€ Thibodeau said. â€œI think as a team weâ€™re just not shooting well right now. Sometimes youâ€™ve got to work your way through those things.â€

The New York Knicks are young and have time on their side:

This loss isnâ€™t the end for New York, as they still have a long season ahead of them. As the team continues to develop chemistry with one another, I expect players like Barrett to increase their efficiency. This year, heâ€™s averaged 16.5 points per game, 7.4 rebounds, and 3.3 assists. Heâ€™s been adequate with the ball in his hands regarding turnovers, only averaging 1.7 per game over 38.2 minutes.

Ultimately, as long as Barrett struggles from the field, he will never take that next step forward to make him an above-average player in the NBA. As I stated before, he shows flashes of greatness on occasion, but it is a rare occurrence. Luckily, Barrett is still extremely young at 20 years old, so he has plenty of time to reach his potential.