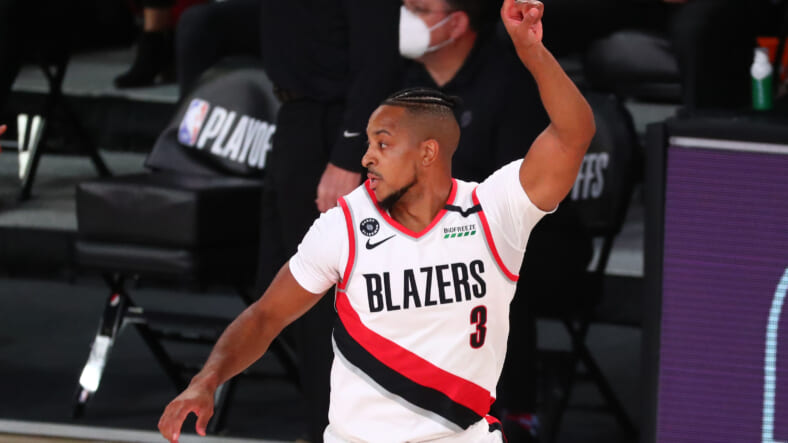 The New York Knicks have actively been considering trading for a star this season, especially with the rise of Julius Randle and the establishment of Immanuel Quickley. The Knicks are playing above expectations, inching out an impressive win over the Minnesota Timberwolves on Sunday evening. Winning by just four points, Randle scored 25, RJ Barrett contributed 21, and the remainder of the starting five put up no fewer than 10 points. All around, the Knicks were impressive, as they are just one game away from a .500 record.

As they push for a potential playoff spot as the seventh seed in the Eastern Conference, there is still plenty of time for New York to fall back into old habits. However, under new coaching and management, they seem to be a more disciplined and refined team.

To assist them in this impressive turnaround, acquiring a premium player in a trade seems like a good move, but it could be extremely costly. The Knicks would realistically have to give up multiple first-round picks and possibly a young player, as reported for the acquisition of Bradley Beal. It isnâ€™t likely theyâ€™re going to offer up RJ Barrett anytime soon, but rather try and utilize pieces like Kevin Knox to get the ball moving.

According toÂ Stefan Bondy of the New York Daily News, the Knicks have been “monitoring” star Portland guard McCollum.

What would McCollum offer the New York Knicks?

McCollum is a dominant player who has increasingly gotten better over the past few seasons. Heâ€™s averaging 26.7 points, 5.0 assists, and 3.9 total rebounds per game over 13 starts. McCollum has been dealing with a left mid-foot fracture which he suffered on January 16 against the Atlanta Hawks, but heâ€™s inching toward a return in a little over a week.

With 72 games in a regular NBA season, McCollum has proven to be healthy over the last six years, so I wouldnâ€™t consider this injury anything too problematic. The Knicks likely have their eyes set on multiple options they can target in a potential trade. If thereâ€™s any time to inject a premium player into their lineup and completely revitalize this turnaround, it is now.

CJ offers a consistent shooter from the field, a fantastic three-point shooter, and also plays solid defense. The question is, will the Trailblazers even be willing to include him in a trade.