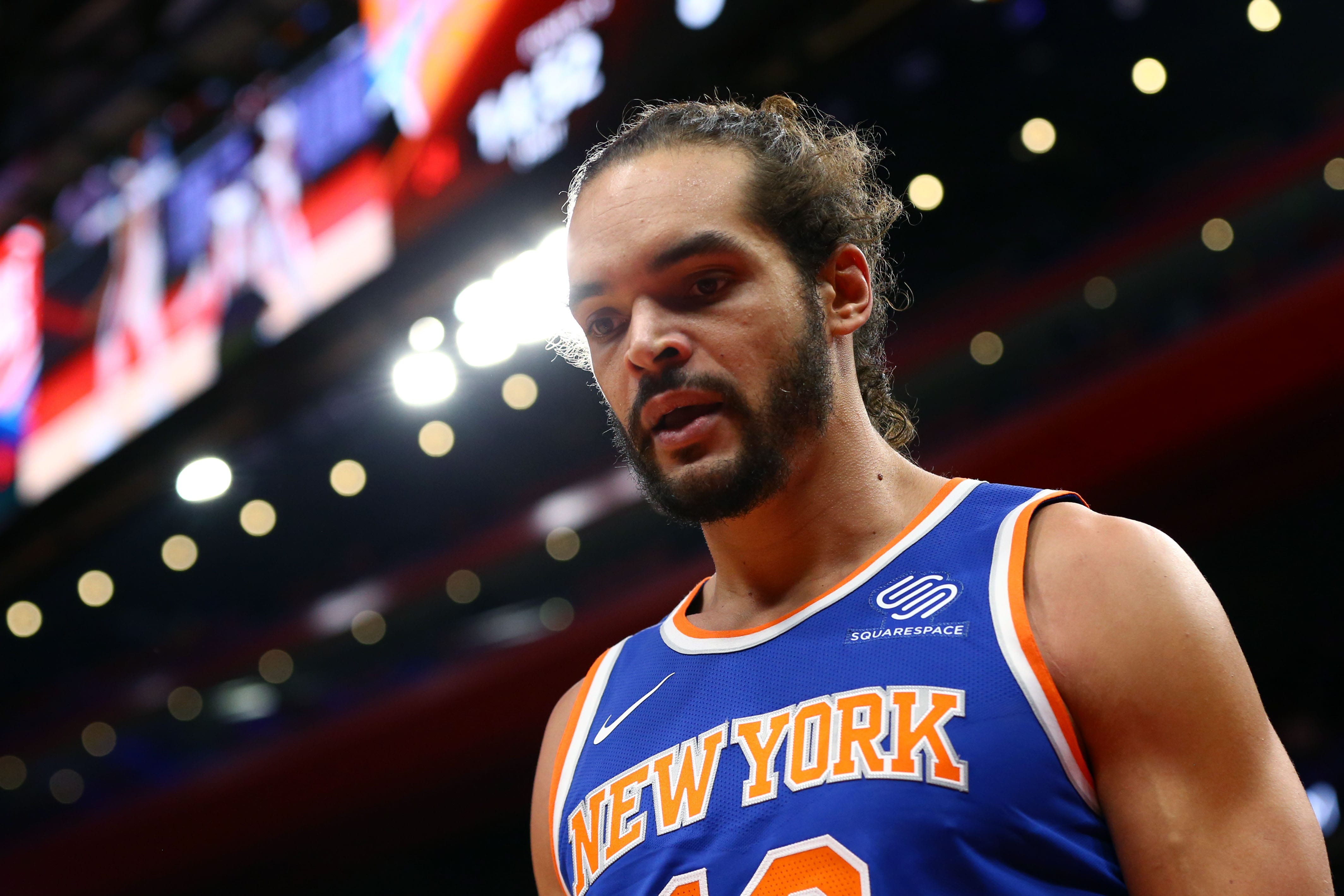 The New York Knicks have had a lot of bad contracts in their day.  When people talk about them, Allan Houston, A’mare Stoudemire and Stephon Marbury come to mind.  Oh, we can’t forget Eddy Curry and Jerome James as well.

However, despite all of the bad contracts the Knicks have threw at players back in the day, there is one that takes the cake.

Joakim Noah’s contract with the Knicks is by far the worst contract in team history.

Phil Jackson gave Noah, 4 years, 72 million in the summer of 2016.  The season before he only played 29 games and was not good.  Noah was not the player he was when he signed this outrageous deal.

Noah was a defensive juggernaut.  He was the 2014 Defensive Player of the Year and a two-time All-Defensive First Team and one second team.  However, in injuries started to plagued his career and his could not return to form.

So, what do the Knicks do?  The Knicks toss disgusting money at a injury-prone, aging center.  All Knicks fans were scratching their heads at this one.  His first season, he played 46 games, not contributing much to the team.  5 points, 5.2 rebounds in 22.1 minutes per.  He was more of a liability when present on the floor.

The following season, Noah was suspended for the first 20 games due to violating the league’s substance abuse policy.  Then, only appeared in 7 games due to injuries.  In total, he only played 53 games for the New York Knicks.

All fans would love to pick Phil Jackson’s brain on this one.  Just when Knicks fans thought the days of bad contracts were over, the Noah contract happens.  Bad contracts will consistently haunt the Knicks.  The Knicks organization will not live down this contract for a long, long time.

This coming season, Noah, currently a free agent, is the 8th highest paid ‘unofficial’ Knick.  Noah will be taking up cap space on the Knicks until the 2021-22 season.  He will be paid 6.4 million this season and for the following two, all which is dead money.

When the Knicks could be in a market to sign a player, just remember that Noah is taking up 6 million plus, to have nothing to do with the team for the next 3 seasons.  Thanks Phil.