New York Knicks: LaVar Ball’s plan to save the Knicks 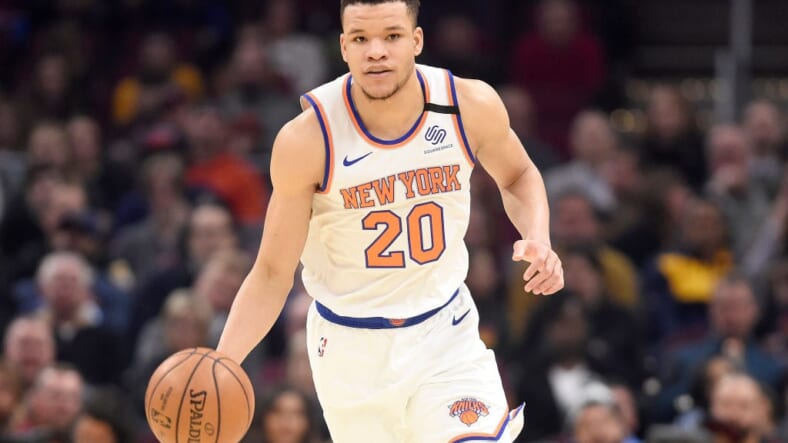 Starting with the Lakers before shifting to the Phoenix Suns and then the New Orleans Pelicans, LaVar now has a new team he wishes his sons will play for.

LaVar appeared on TMZ roundtable with Master P and Metta World Peace to talk about his youngest son LaMelo Ball. Lavar put together his plan to “save” the Knicks. He believes the Knicks should hire Mark Jackson as their next head coach and draft his son LaMelo first overall in the upcoming NBA draft.

â€œHeâ€™d be perfect. And you know why I say that, man? Because heâ€™s from New York, heâ€™s a point guard. Please pick my son first. If heâ€™s over there and getting my other two sons, with Mark Jackson being the head coach, he gonna do the same thing he did with Golden State with my boysâ€ Lavar said about Mark Jackson.

Jackson was last seen coaching for the Golden State Warriors were he lead them to consecutive playoff appearances and a 51-31 record in 2014. He was fired after the team was eliminated once again during the playoffs. The Warriors followed up winning the NBA title the year after, marking the beginning of their dominance over the NBA for years after.

Jackson’s name has been linked to the Knicks head coach job for a long time now. He was a strong candidate for the position before they gave it to David Fizdale, who was just recently fired on Dec. 6th. Knicks now have interim head coach Mike Miller who has been doing a respectable job but his future with the team is still uncertain.

Jackson was believed by many to be the main reasoning behind the development behind what is now known as the “Splash Bros” in Golden State. With plenty of young talent on the current Knicks roster, Jackson can be a perfect fit to develop those players.

LaMelo Ball is expected by many draft experts to be a top 5 selection in this year’s NBA draft. Recent reports came out saying LaMelo will not return this season for the Illawarra Hawks in the Australian NBL. Knicks were reportedly one of many teams who were unable to schedule trips to scout LaMelo in Australia, so, unfortunately, the Knicks have not scouted LaMelo.

Knicks are currently sitting with the third-worst record in the NBA 12-33. There is a lot that has to fall into place before LaVar’s wishes come true, but we’ve seen LaVar “speak things into existence” before.