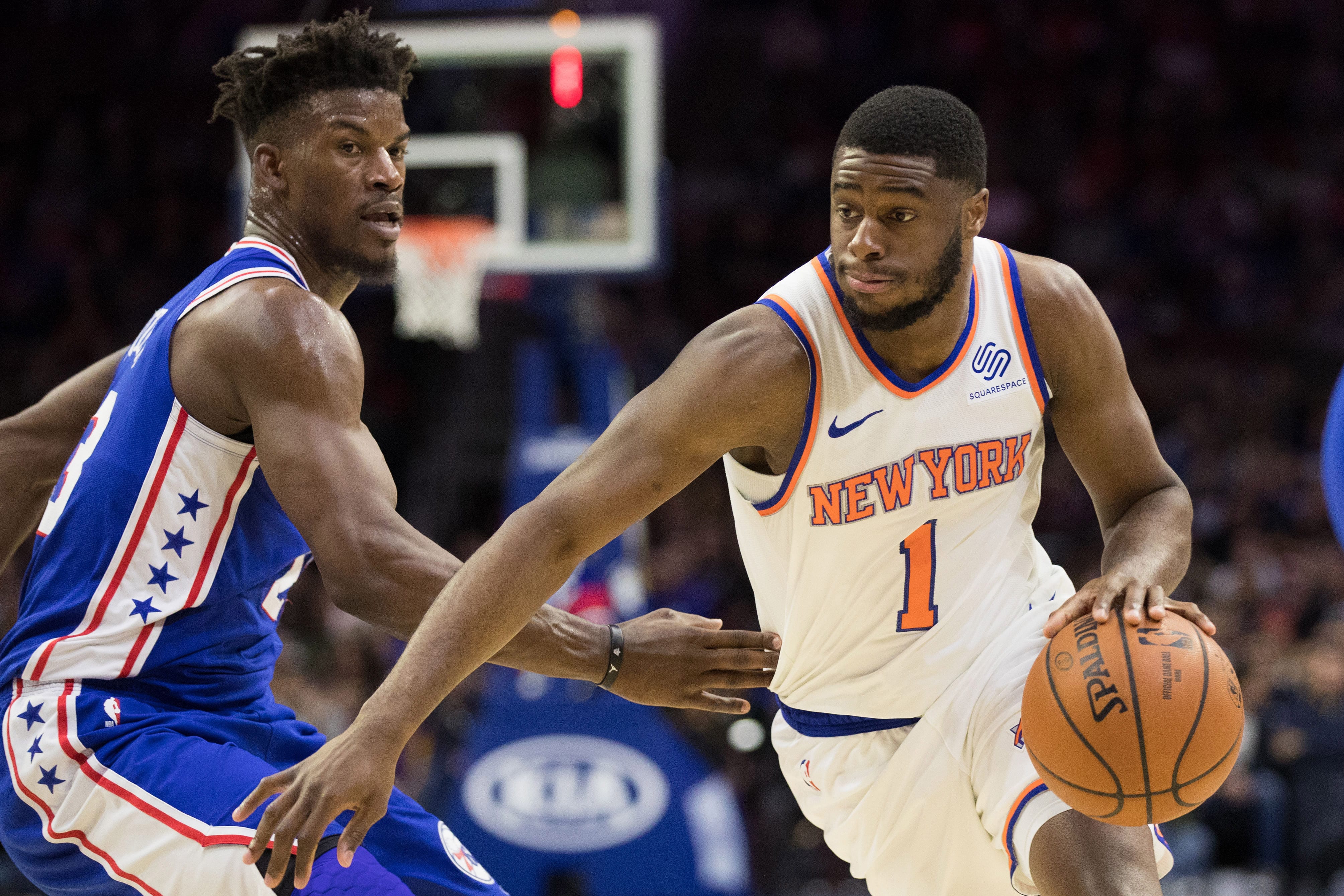 With the worst record in the NBA the past season, the New York Knicks will try to improve there roster. One position where the Knicks will have to make tough decisions is the point guard spot.

They already have Dennis Smith Jr., Frank Ntilikina, Emmanuel Mudiay, and Kadeem Allen. And with all the rumors of Kyrie Irving possibly coming home, somebody is going to have to pack there bags. It makes the most sense that, that should be Mudiay.

Smith Jr. was acquired in the Porzingis blockbuster, and if Irving does actually comes to New York, Smith Jr. is riding the bench.

Someone that could be good of the bench is Ntilikina. On a team that will hopefully be full of superstars that can score, somebody will have to play defense.

That somebody could be Ntilikina. However, recent reports that he wants to be traded, that sadly won’t happen. The Knicks have misused Ntilikina for the past 2 years.

That leaves the inconsistent Mudiay. Mudiay at times can act as an NBA player, and at other times acts like a player traded for a half season of Doug McDermott (oh wait he was). Mudiay is a restricted free agent, meaning the Knicks can match any offer, should they want to.

Would the Knicks be willing to spend cap space on a player who doesn’t play defense? Who isn’t the most effective offensive player, at a position where they have an abundance of players.

If I was the general manager of the Knicks, I would let Mudiay go, or try and sign and trade him for a future second-round pick.