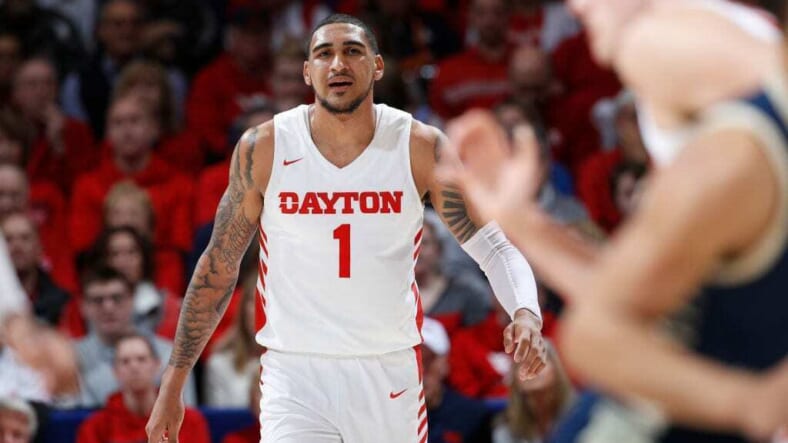 DAYTON, OH - MARCH 07: Obi Toppin #1 of the Dayton Flyers looks on during a game against the George Washington Colonials at UD Arena on March 7, 2020 in Dayton, Ohio. (Photo by Joe Robbins/Getty Images)

With the eighth overall pick in the 2020 NBA draft, the New York Knicks have several directions they can go. Whether it involves trading up to acquire a better prospect or staying where they are, they have to find a home run player who can elevate the state of the team immediately.

That is where Dayton star Obi Toppin comes into play. At 6-foot-9 and 220 pounds, the 22-year-old forward is a bit old for a lottery draft pick, but he averaged 20 points and 6.4 defensive rebounds last season with Dayton. He has been in contact with the Knicks and experienced a good interview with them.

â€œI spoke with the Knicks,â€ Toppin said on an NBA Zoom call Wednesday. â€œI had an interview with them. It went very well. They have a great organization. It would be great to go home but thereâ€™s a lot of other teams that are in front of them that are great too.â€

Toppin, who is from Ossining, New York, attended Mount Zion Prep high school before taking his talents to Dayton, Ohio. He spent just two years playing collegiate basketball before committing to the NBA draft and considering his age, this was the perfect time to strike.

â€œI would love to get picked by a place that best fits me,â€ Toppin said. â€œGoing to a place where people are going to help me develop and get better and make sure Iâ€™m going to be great one day and be a Hall of Famer and Player of the Year, an MVP. Thatâ€™s where I want to go, to the team thatâ€™s going to help me prepare most for me to be great and win lot of games.â€

The Knicks could use more scoring forwards who also have the ability to record blocks and defend adequately. Toppin can do a multitude of different things at a high-level, and developing him would give the Knicks a fantastic player to utilize immediately. With reports indicating they could be in the market for a big contract player, including Chris Paul or Russell Westbrook, this off-season is gearing up to be an interesting one.