New York Knicks: How realistic is a trade for Jazz star Donovan Mitchell? 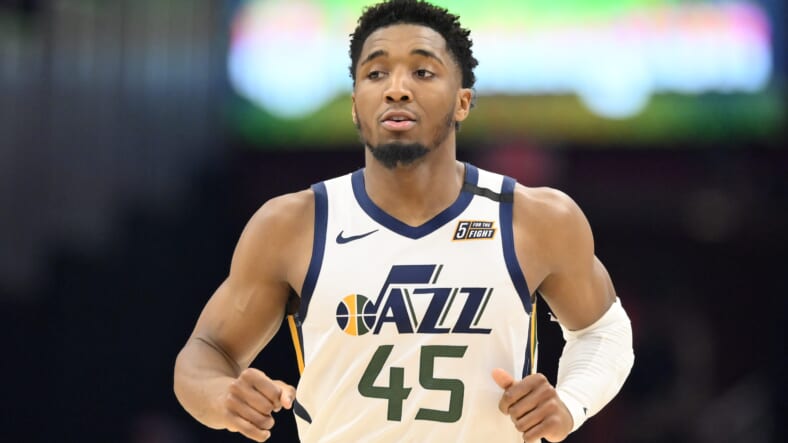 Would the New York Knicks be looking to trade for Donovan Mitchell amid relationship issues with Rudy Gobert?

If only Rudy Gobert didn’t go around touching microphones and teammates as an ill-advised joke before the coronavirus pandemic became an established force. Gobert’s relationship with Mitchell Robinson has reportedly disintegrated, opening up a doorway for a lowly team like the Knicks to pounce on one of the league’s young stars.

However, it would take a lot more than the Knicks are willing to offer to land Mitchell. Reports have indicated that the Jazz would need RJ Barrett or Mitchell Robinson and two first-round picks to land the star guard.

If Mitchell were to seek a trade from the Jazz, one opposing executive, speculating, said that any Knicks package would probably have to include eitherÂ RJ BarrettÂ orÂ Mitchell Robinson,Â andÂ two first-round picks (one of them unprotected). So if you are putting together potential Knicks trade packages for Mitchell, it makes sense to start there. And, obviously, if Utah was trading Mitchell and keeping Gobert, the club wouldn’t want to deal for Robinson.

That’s an interesting point — there would be no need for Robinson with Gobert already on the team, a premium level center with elite defensive attributes. Barrett would have to be included, and the Knicks aren’t looking to deal the 3rd overall pick from the 2019 NBA draft.

To conclude, this deal ‘isn’t’ realistic by any means, and the Knicks will likely never touch Donovan Mitchell. They’re better off waiting for free agency next season and pursing a star player like Anthony Davis instead of trading away youth pieces for Mitchell. An alternative argument would be — trade for Mitchell now, sign Davis and solidify two elite players to build a foundation around.