New York Knicks: How important is Elfrid Payton to the team’s success? 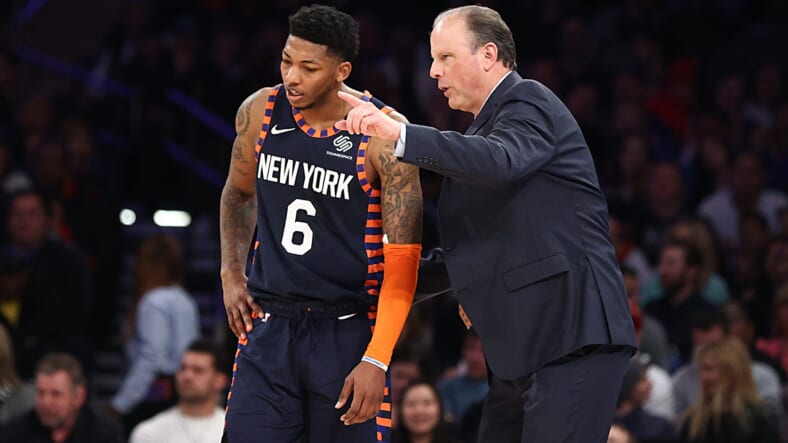 When New York Knicks starting point guard Elfrid Payton plays well, the Knicks end up winning most of the time. There seems to be a strong distaste from Knick fans towards Elfrid Payton. Fan emotions, however, doesnâ€™t change the fact that Payton is important to the current Knicks team due to the position he plays.

Tom Thibodeau makes that obvious by starting Payton on a nightly basis at point guard. The Knicks are now 8-2 when Elfrid makes 5 field goals or more. Itâ€™s important for Payton to be a threat and put some kind of pressure on opposing defenses. Wally Szczerbiak of MSG Networks mentioned the following over the air during the halftime show of the Knicks victory in Chicago Wednesday night, February 3rd.

Elfrid Payton quieted his haters Wednesday night against Chicago with 20-points, eight rebounds, and four assists in 35 minutes. The Knicks improved to 8-2 when Payton connects on 5 or more field goals after the victory. Thibodeau stated the following after the Knicks win against the Bulls.

Elfridâ€™s strengths are his defense, running the team and being an opportunistic scorer. I thought he was very aggressive. Everyone has confidence in him. Just play as hard as you can. Some nights itâ€™s his night and some nights into someone elseâ€™s night. Thatâ€™s what I love about our team. We have to share in that and we have to do it together.

Elfrid Payton is capable of putting up triple-doubles in points, assists, and rebounds. When he is aggressive, it tremendously benefits the Knicks. The Knicks roster is still getting used to each other, and only time will tell when it comes to improvement and more victories in the win column.

In addition, having a stellar young talent in Immanuel Quickley is complement him helps the Knicks change their pace and give the offense a spark when necessary. The one-two punch of Payton and Quickly is starting to become a more lethal tandem.Â