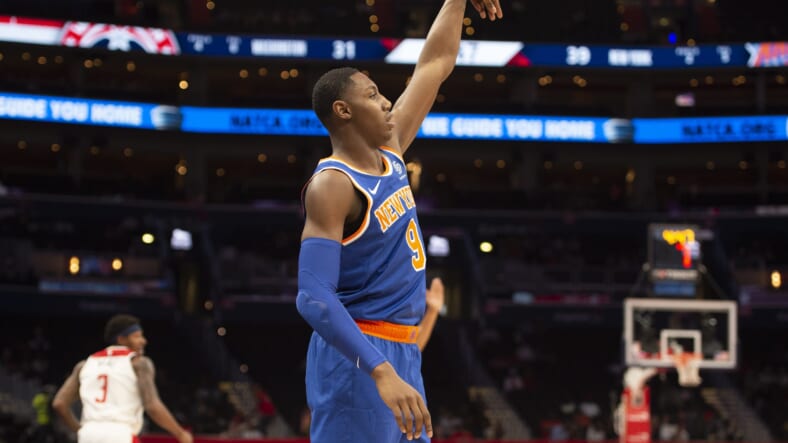 “It’s inspiring to see how many people and organizations are working together to help make this time just a little bit easier,” Barrett said.Â  “If I can be of any help to reduce the burden for even just one person then I’m doing my job.”Â  Heâ€™s making Knicks fans all around the world saying thatâ€™s the face of our franchise.

Itâ€™s crazy to think about the maturity that this 19-year-old already has.Â  Heâ€™s been a constant professional through his first, half, season in the NBA.Â  In time where the Knicks have been making headlines for the wrong reasons, Barrett brings light to the franchise.

Barrett has been a star on the court as well.Â  Heâ€™s averaging 14.3 points on the season and has shown tremendous growth throughout.Â  Yes, heâ€™s had some slumps but what rookie doesnâ€™t.Â  Itâ€™s all about how he responds and he continues to show the Knicks fans that heâ€™s capable of bouncing back.

The Knicks have a great face for their franchise moving forward.Â  A 19-year-old kid helping out communities all over the world is the bright spot in a very underwhelming season.Â  The New York Knicks, and their fans, should be proud of their rising star RJ Barrett.