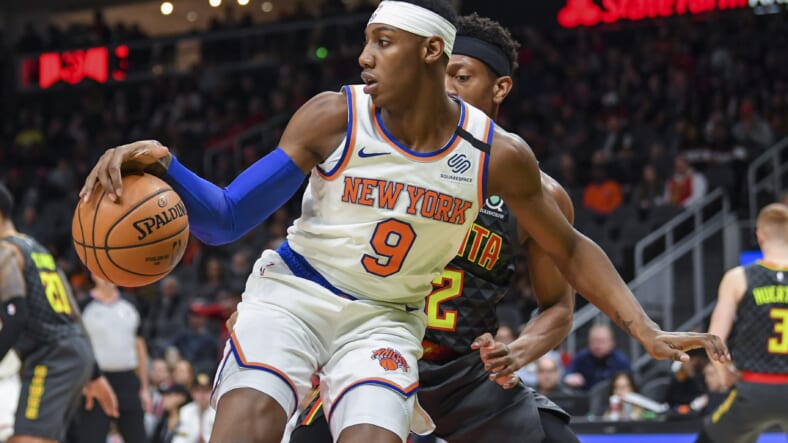 He wondered about the possibility of the Knicks trading Barrett for Victor Oladipo.

Begley is one of the best, if not the best, Knicks reporters.Â  Heâ€™s reliable, credible and brings down-to-earth updates.Â  This report is click-bait but in this time without sports weâ€™ll let this one slide.

As for the actual possibility of trading Barrett, that shouldnâ€™t even be a thought.Â  Him and Mitchell Robinson are untouchable.Â  Those two are the Knicks building blocks for the foreseeable future.

Oladipo is coming off a major injury.Â  The Knicks have had their fair share of taking a chance on players after major injuries.Â  Oladipo might not be the player he was before the injury even with all these new medical advances.Â  Maybe if he was fully healthy?Â  But even then, Barrett is a future all-star, and again a building block for the future, he canâ€™t be traded.

Everyone has a click-bait report from time-to-time.Â  Weâ€™ve all done it.Â  Times are tough and writers/reporters will try to do anything to keep us all sane without sports.Â  No matter how off the wall or click-bait worthy it may be.Â  We all gotta keep the New York Knicks content rolling no matter what.Â  Itâ€™s what we do.