His skills should immediately translate to the next level and make him a nice compliment to RJ Barrett in the backcourt. 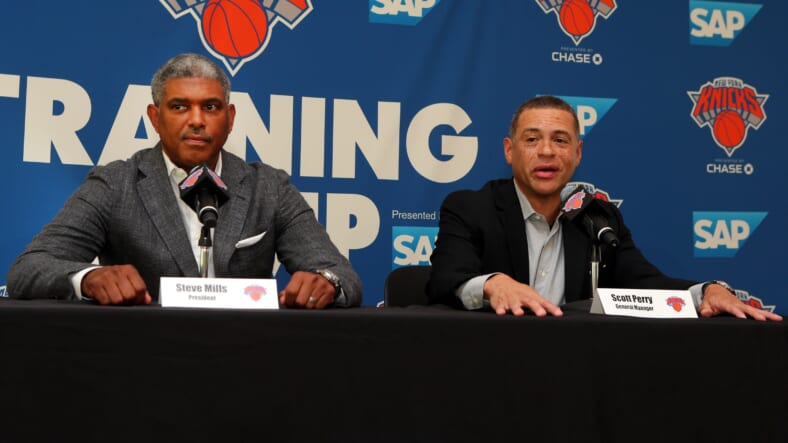 The New York Knicks have been heavily rumored to be interested in drafting one of the top guards in the 2020 NBA draft. There isnâ€™t much consensus as to who the best player in the draft is. For the most part, Lamelo Ball and Anthony Edwards are the two who frequently appear at the top. One prospect who could be selected in the top 10 is Arizona point guard Nico Mannion.

The Knicks currently have the 6th worst record in the league. As much as theyâ€™d love a top 3 pick, they have to prepare to draft in the 6-10 range as well. Nico Mannion could be exactly what they need.

Mannion has an advanced skill set for someone who turned 19 years old a month ago. The 6’3 point guard has an NBA game. A terrific ball-handler who can dice his way through multiple defenders, not only can he create for himself, heâ€™s a more than capable passer. A great decision-maker who makes the right reads.

His shooting is constantly improving and should easily translate to the league. He shot just under 33% from 3 and 80% from the free-throw line this season. Â Nico has shown the ability to make difficult shots off the dribble. The form on his shot is terrific: It’s quick and fluid.

His athletic profile isnâ€™t jaw-dropping, but heâ€™ll surprise people with his sudden bursts. Heâ€™ll need to work on his on-ball perimeter defense as heâ€™s struggled to size up with stronger players. If he continues to grow into his body and add weight it would be a huge help for his defensive growth.

How he fits with the Knicks

Nico Mannion projects as a multi-threat point guard at the next level. Just how high his ceiling can be is hard to tell. The New York Knicks desperately need two things in their new backcourt players next season: Shooting and passing. Nico Mannion has both of them. His skills should immediately translate to the next level and make him a nice compliment to RJ Barrett in the backcourt.