New York Knicks: 3 players who have exceeded expectations this season 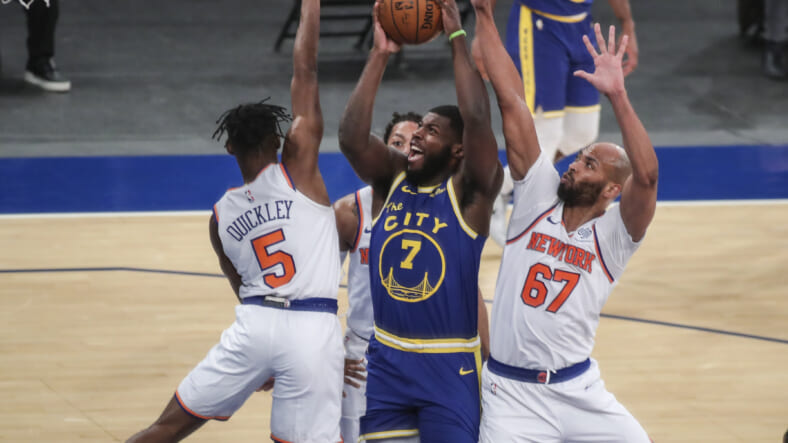 The New York Knicks have exceeded all expectations this year with a dominant defense and offense that is testing the bounds of their players’ abilities. In fact, without the top-ranked defense in the NBA, the Knicks would be nowhere near a .500 record on the season. Currently, theyâ€™re on a four-game win streak, the first of the 2020â€“21 regular campaign, and scored a high of 133 against the Memphis Grizzlies in the first win of the streak.

Allowing just 104.3 points per game, they have kept themselves in close contests despite inefficient scoring. Nonetheless, without a few key players, the Knicks would be in no man’s land.

One of the biggest surprises this year has been Alec Burks, who signed a one-year, $6 million deal with the Knicks this past off-season. Averaging 12.6 points per game on .414 shooting from the field and .408 shooting from three-pointer, which is a career-high, he has been one of the highlights for the team. His ability to produce offense instantly makes him extremely valuable, especially in the fourth quarter with the Knicks have had trouble closing out games.

Burks is nearly 30 years old but is deserving of an extension with New York moving forward. He is clearly a significant piece to the team, and off the bench, he can be an instant playmaker when they need him. If the Knicks manage to add a star player next off-season, mitigating fatigue will be essential, and Burks can play that role to perfection.

Another breakout player for New York has been Nerlens Noel, the 6’11” and 220 pounds center. Nicknamed “The Eraser,” Noel is averaging a career-high 2.1 blocks per game, paired with 6.3 total rebounds. While heâ€™s not much of an offensive threat, his defense is astounding and has been a significant part of Tom Thibodeauâ€™s aggressive style.

Noelâ€™s performance is well worth the one-year, $5 million deal the Knicks gave him. In fact, heâ€™s another player they should consider extending, especially with Taj Gibson signed for the remainder of the current campaign and Mitchell Robinson having just one year left on his rookie deal.

Speaking of instant offense, the emergence of Immanuel Quickley has been one of the more exciting aspects this season. The rookie guard out of Kentucky is averaging 11.7 points, 2.1 assists, and a shooting .385 from the field. While heâ€™s averaging just 19.5 minutes per game, the 21-year-old has a bright future ahead of him, and the Knicks view him as a long-term solution at shooting guard. Iâ€™m not entirely sure Quckley will be the starting point guard for the future, but I believe heâ€™s more than capable of being an adequate player on this team, especially with his elite floater and 90% free-throw efficiency.