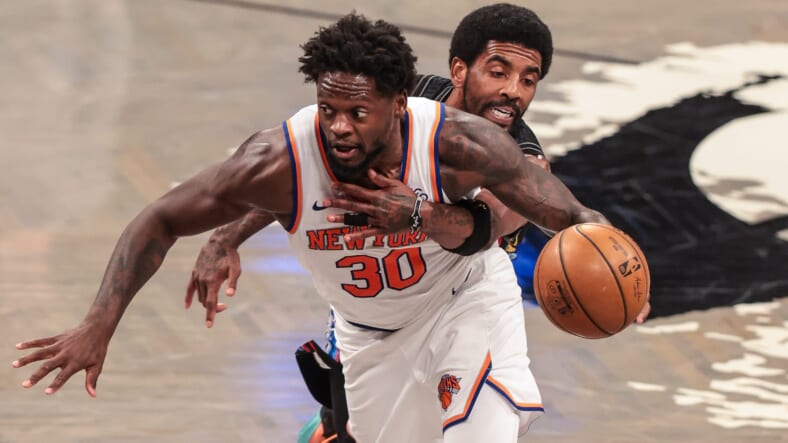 The New York Knicks are preparing to wrap up the 2020â€“21 regular season, with nine games until the playoffs commence. With an easier matchup against the Houston Rockets on Sunday, who are arguably the worst team in the NBA, the Knicks have an opportunity to start this last string of games off with a bang, dominating Houston and moving onto the Memphis Grizzlies, who are slightly above .500.

However, the Knicks have a few difficult games down the stretch, specifically a road trip to the West Coast where they will take on the Phoenix Suns, Los Angeles Lakers, and LA Clippers. The Lakers have LeBron James back, representing a very difficult contest, and then the Knicks will take on the San Antonio Spurs on May 13. That four-game stretch will be a test for New York and their playoff aspirations, but it will mentally prepare them for the vigorous mentality of the postseason.

Three keys for the Knicks to finish the regular season strong:

The Knicks need to peak as they head into the postseason, meaning consistency is key. Having a few bad games is unacceptable, and even if they do lose a few on the West Coast trip, they need to remain competitive every night.

There was a slight concern that the Knicks might see a downward trend in production after losing to the Phoenix Suns a few days ago, but they bounced right back and dominated the Chicago Bulls, proving that they havenâ€™t lost a step and losing isnâ€™t going to distract them from the end goal.

Head coach Tom Thibodeau still fields the best defense in the NBA, and that is meaningful. As long as the Knicks continue to find ways to score more points, they should see better gameplay because of it.

As stated above, the Knicks have the best defense in the NBA, averaging just 104.7 points allowed per game. While their perimeter defense can sometimes turn off, they are stellar when players drive to the rim, as big men Nerlens Noel and Taj Gibson have done a great job of securing the interior.

Their ability to close down on shooters is also impressive, creating contested shots, lowering the probability of a successful field goal. Their dominant defense allows the Knicks more opportunities on offense, so the equation ultimately plays back into itself.

A few big tests against stellar West Coast teams should really give them an idea of what to expect during the playoffs, but thereâ€™s no question the defense could hold up again some of the best.

The leader and catalyst for this Knicks team is none other than Julius Randle, who has not only seen a tremendous developmental leap himself but has fueled others around him. If not for Randle, RJ Barrett wouldnâ€™t be enjoying a fantastic second year in the NBA. Barrett is averaging 17.6 points, 5.7 total rebounds, and 3.0 assists, all career highs. His three-point percentage has seen a .070 increase to .390.

When Randle is hitting shots and playing great defense, the entire team rallies around him, so it is integral that he remains positive and motivated. As long as that remains the case and he stays healthy, the Knicks will be in good shape moving forward.