Most exciting matchup to watch in Knicks V Grizzlies showdown 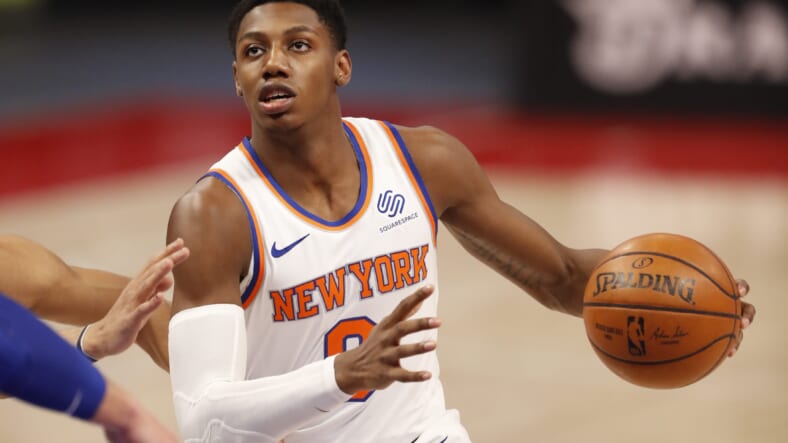 The New York Knicks have an important contest against the Memphis Grizzlies on Friday evening, and while this random game in April might not seem like a big deal, the Knicks are desperately trying to end a bad streak of games.

The Knicks have lost five of their last six games, with their last victory coming against the Detroit Pistons in a blowout. Overcoming bad teams simply isnâ€™t enough, but the Knicks have proved they can hang with playoff-bound, contending squads, they just canâ€™t finish off games when it boils down to clutch time.

But while the Knicks look ahead to this competitive match against Memphis, one individual battle will be exciting to watch, and that is between RJ Barrett and Ja Morant.

Barrett, who has been on fire lately, earned 29 points in the loss to Boston and is averaging 17.5 points this season, a 3.2 point increase compared to his rookie season in 2020. Heâ€™s averaging 34 minutes per game, sitting at .450 from the field and .380 from three, which is a .06 increase compared to last year. His shooting has been absolutely fantastic as of late, especially his three-ball, which head coach Tom Thibodeau has raved about.

Morant, on the other hand, was already playing fantastic basketball in his rookie year, averaging 17.8 points and now sitting at 18.8 points over 31.5 minutes per contest. Playing a little bit less than three minutes per game compared to Barrett, Morant is actually averaging more points, but heâ€™s best when driving the lane and using his superior athleticism to make splash plays. Heâ€™s not an efficient three-point shooter, hitting only .255% of his attempts from downtown. In addition, heâ€™s a relatively poor free-throw shooter and makes his money with his elusiveness.

This should be an exciting match-up between two second-year players who have improved their game in individual categories. With RJ playing peak basketball at the moment, it will be exciting to see if Morant can match him. This one should be a fun battle to witness.