Knicks will have competition for PG Lonzo Ball in free agency 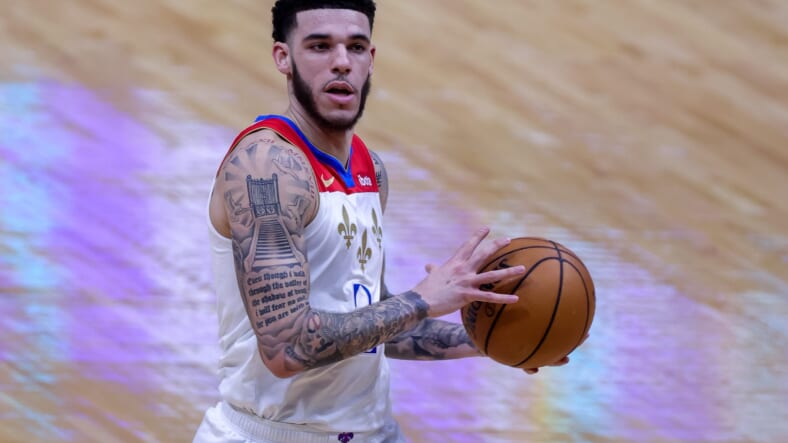 There is no doubt the New York Knicks are going to allocate resources next free agency, but who they target is the big question. Reports have indicated that the Knicks will keep an eye on Dennis Schroder of the Los Angeles Lakers, who offers solid versatility and offensive prowess from the point guard position. However, New York will also pursue Lonzo Ball of the New Orleans Pelicans, who missed his showcase against the Knicks on Wednesday evening.

Free agency will be expensive and tough, considering a lot of the big names have player options for next season or have already signed massive extensions with their current teams. According to K.C. Johnson of NBC, the Chicago Bulls were one of the most active teams at the trade deadline in acquiring Ball, but they ended up staying put, similar to the Knicks.

In fact, New York elected to trade away two players and add more draft capital instead of sending it away. They have two first-round picks next year and a bevy of second-rounders they can use either trade up or acquire a player at next yearâ€™s deadline.

I believe the Knicks are playing this with more caution than diamond eyes, building with coaching and player development than getting a bit overly optimistic and parting ways with assets to try and win now. Successful organizations arenâ€™t built in free agency, they are built by drafting well, which is the case in every sport.

The Knicks will have about $50 million to spend next off-season, meaning they can acquire two quality players, whether that be Ball or Schroder and another beneficial piece. If Leon Rose can find a star to pair with Julius Randle, the Knicks will be in great shape, especially with the development of RJ Barrett and Immanuel Quickley/Obi Toppin heading into their second seasons in the NBA.

Nonetheless, they might have to overpay for some of the players they are seeking, as New York didnâ€™t make a serious push to acquire Ball at the deadline â€” not as aggressive as Chicago apparently was. However, free agency is a different ball game, so we could see New York come out firing instead of waiting patiently.