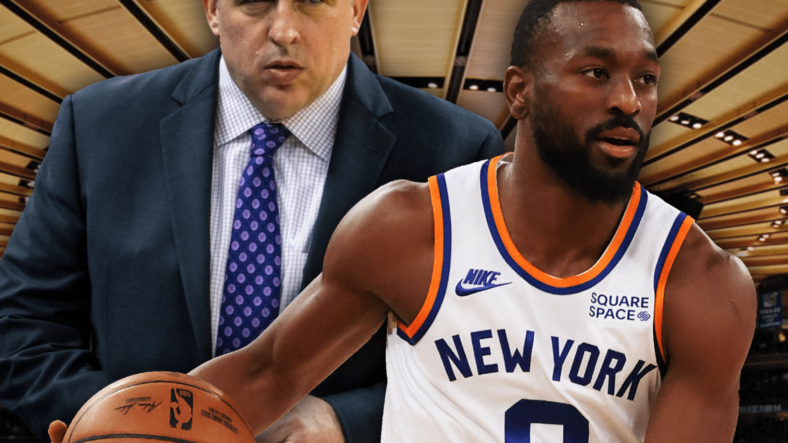 If it wasn’t for multiple guards being placed on the Covid health protocols list, New York Knicks head coach Tom Thibodeau likely would’ve never called upon Kemba Walker to help support the team over the past two games.

Walker had spent the previous nine contests on the bench, failing to speak to Thibodeau about his decision as the head coach prioritized other players. Walker was simply left in the dust, being exiled to a faraway land that happen to be within view of his entire team playing on a nightly basis. However, Walker remained composed, waiting patiently for another opportunity to showcase his abilities despite the disservice the Knicks were offering him.

Thibodeau didn’t simply just bench Walker out of frustration, he did it as a result of analytical proof and justification. The Knicks had one of the worst defenses in the NBA when Kemba was on the floor, but things didn’t improve much more once he took a seat. New York still hosts the 23rd overall defense with a 110.3 rating and previously had lost eight of 10 games before a dominant went over a league-worst Detroit Pistons team on Tuesday night.

Thibodeau has tried to clear the air between himself and Kemba, who stated he “hated “being benched and that “I know I should be playing.”

“Well, that’s who he is. I have an appreciation for that,” Thibodeau said Monday. “With all players, there’s gonna be frustrations. I have great respect for Kemba.”

Walker has had an illustrious career, but he’s known specifically for his offensive capabilities. The primary reason Thibodeau was forced to bench him was after an awful month of November. Walker recorded just four double-digit performances, shooting 29.6% from three-point range and 39% from the field. He also tallied an average of three assists per game, an unsustainable number for a point guard.

With his offense lacking and defense nonexistent, Walker has to understand that this move was forced upon Thibs.

Thibodeau has tried to iron out his beef with Walker via public words, but it doesn’t seem that the two have had the important conversation that needs to be curated behind the scenes.

“I talk to the team every day and then I talk to every player appropriately,” Thibodeau said. “That’s what a head coach’s job is. But I have an appreciation for frustration. He’s an accomplished player. I have to do what I think is best for the team. And that’s how I’m gonna make my decisions.”

Nonetheless, with Immanuel Quickley, Miles McBride, and Derrick Rose all out for a myriad of reasons, Walker has stepped up big as a supplement. Over the past two games, he’s posted 29 and 21 points apiece over 37+ minutes. He’s shooting a collective 40% from three-point range and has seen an uptick with his assists, averaging 4.0. His defense still remains a liability, but his scoring efficiency has once again put him on the map.

Reports have indicated that teams aren’t interested in acquiring him via trade, but if he continues to play at this level and shows a bit of value, there could be a club that sees his spark and wants to milk every last ounce of his talent.