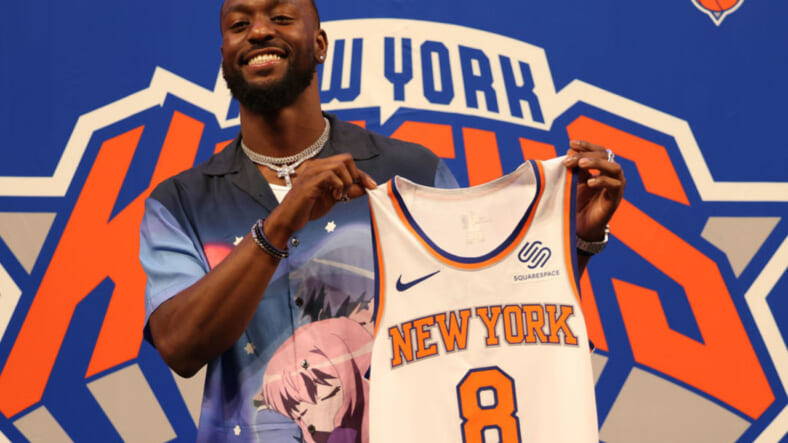 The New York Knicks are just several weeks away from the start of training camp, and with expectations rising after a successful 2020-21 season, the front office is feeling the pressure.

Despite increased expectations, the Knicks made several progressive moves to help facilitate more scoring this upcoming year, signing Evan Fournier and Kemba Walker to fill two spots of weakness. Replacing Reggie Bullock and Elfrid Payton, the Knicks used some of their salary space to increase their probability of victory after surprisingly landing the 4th seed in the Eastern Conference last year.

The addition of Walker specifically should provide more production at the point guard spot, which represented a massive weakness outside of Derrick Rose. However, that didnâ€™t stop president Leon Rose from pursuing more talent, bringing in Kemba and his four All-Star appearances. Rose, who average nearly 15 points per game after being acquired from the Detroit Pistons at the deadline, signed a fresh three-year contract with the team this off-season.

At one point, Walker was considered one of the best point guards in basketball, averaging 19.3 points, 4.9 assists, and shooting 42% from the field last season. Walker played in just 43 games, struggling to maintain a knee injury that has continuously degraded.

â€œHealth, I think itâ€™s a big question for every team, and itâ€™s important [Walker] feels good,â€™â€™ coach Tom Thibodeau said Friday. â€œ[Kembaâ€™s] been in. Heâ€™s doing a lot of work. And you got to trust him. He understands what he has to do to be ready for a season.â€™â€™

Walker has spent ample time with the training staff preparing for the upcoming year, but the Knicks have made proper moves to mitigate fatigue as he rehabilitates.

Despite the degenerative knee, the coaching staff raved about his work ethic and impact on the teams heâ€™s played with, including Boston and Charlotte.

While the team expects Walker to contribute significantly, signing him to a two-year, $17.9 million deal indicates his value has dropped off. Walker was preparing to earn upward of $30 million this upcoming season in Boston but had to settle for a contract under $10 million AAV, which depicts a player who is dealing with injury issues.

Nonetheless, if Thibodeau can balance out the minutes between Rose and Walker, he can maximize their potential on the floor, offensively and defensively. Neither are elite defenders but provide offensive efficiency the team hasnâ€™t enjoyed at the point guard position in years.