Knicks’ Thibodeau may have stumbled upon electrifying guard duo 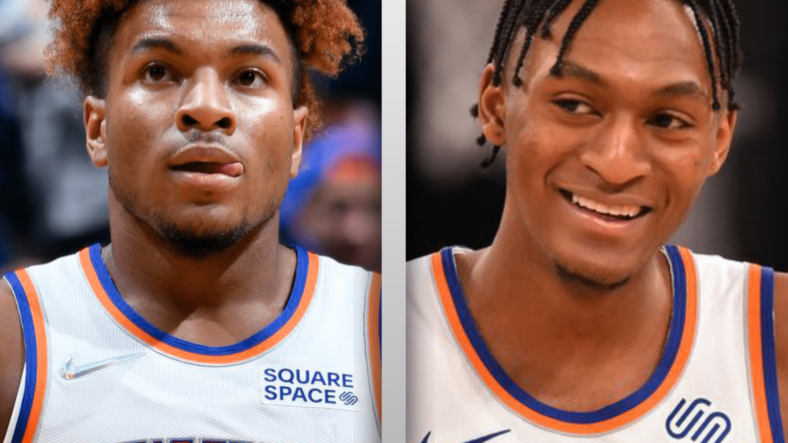 Scoring 116 points has been a difficult reality for the Knicks over the past month, but seven 3-PT shots from Quickley led the team to victory. However, his partner in crime, McBride, recorded 15 points in a career-high 36 minutes of action.

Against the Golden State Warriors on Tuesday, McBride seized his first significant assignment by the basketballs, playing 20 minutes and garnering eight points and one assist. However, he unleashed his facilitation capabilities against Houston, recording nine assists as the team’s primary point guard off the bench.

With veteran PG Derrick Rose leaving the game with a sore right ankle, McBride picked up his playing time and ran with it effectively. Not only was he a phenomenal offensive threat in this game, but he played lockdown defense, posting a +19 +/-.

Head coach Tom Thibodeau might have stumbled across an electrifying duo of guards in this contest with Quickley and McBride. They played well off one another and created opportunities for the players around them, something the Knicks struggled to do in recent days without a true and tried starting facilitator.

After the victory over Houston, Quickley dropped a few words of leadership, not only indicating heâ€™s growing on the court but as a leader behind the scenes.

“We needed it big. Through the tough times, I feel like we’ve stuck together pretty well”

Thibodeau went on to provide a mode of confidence with his young players, stating he sees it every day in practice and that once the opportunity came to fruition, they would be ready to take advantage.

“They’re killer workers, I see it every day in practice. I always feel that when they get their opportunity, they’re gonna be ready to roll.”

It was quite easy to see that McBride was ready to make the jump to the big leagues after dominating in the G-League. McBride averaged 26.8 points per game with Westchester, shooting 40.5% from three-point range and 48.2% from the field. The West Virginia stand-out has proven he can dominate from range but also contribute inside driving to the rim.

Pairing all of these positive attributes with vision and facilitation makes him a viable prospect to be the Knicks’ long-term starter at point guard down the line (or at the very least a great depth piece).

The question is, when McBride hits a wall and has a poor game, can he bounce back and shake off the negativity without skipping a beat? That is what separates good from great, and so far, heâ€™s justifying more minutes alongside Quickley, with the pair combining for 39 points and 13 assists on Thursday.