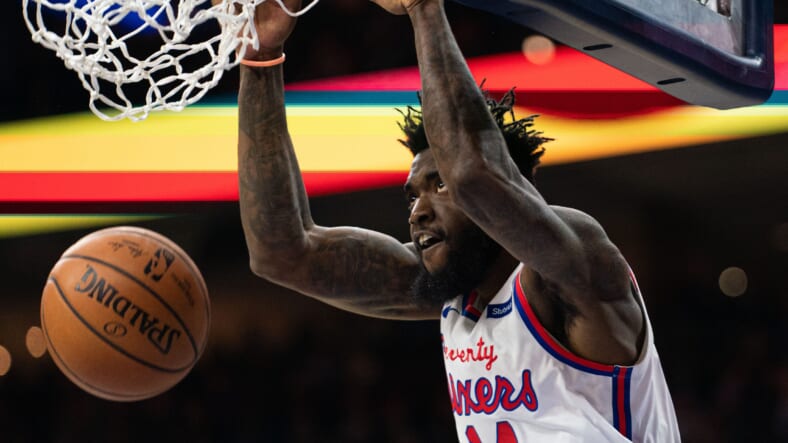 The New York Knicks recently lost center Mitchell Robinson due to a fractured right foot, which could keep him out for the remainder of the 2020-21 season. In his absence, the Knicks will rely on Nerlens Noel and Taj Gibson, but they added another player to the ranks in support on Friday morning.

New York is signing Norvel Pelle to a 10-day contract, having played with the Brooklyn Nets and Sacramento Kings for just a combined four games this season. Since his inception into the NBA in 2019, Pelle is averaging just 2.4 points per game but can be a decent rebounder and offer a presence in the paint. His production doesnâ€™t scream efficiency, but he will likely play a third-string role behind Gibson and Noel.

As the Knicks patiently wait for a timetable for Robinsonâ€™s return, they needed a bit more depth, considering Taj is 35 years old and Noel is 27 with knee issues.

Either of them could go down at any moment, so securing a backup plan was a necessity. After missing out on Andre Drummond after the trade deadline, this is a simple depth move. Clearly, they didnâ€™t value signing DeMarcus Cousins, who is a four-time NBA All-Star and averages over 20 points per game historically.

The Knicks are preparing to take on the Dallas Mavericks on Friday evening, coming off a disappointing loss to the Minnesota Timberwolves on Wednesday.