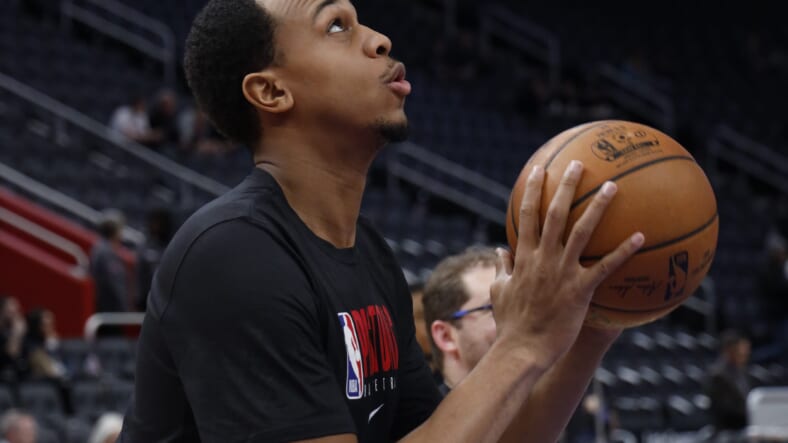 The New York Knicks signed Center Norvel Pelle last week to a 10-day contract but dislocated his finger in his first appearance. Now, New York went out and found another veteran big man who can fill a depth role, and this time around, it’s John Henson, formally of the Detroit Pistons and Cleveland Cavaliers.

Having missed this season up to the present day, Henson brings 5.5 points per game from his 2019-20 season with 40 appearances and eight starts. He averaged just 5.5 points with Cleveland and Detroit, connecting on .556 percent of his shots from the field and sporadically even attempted a three-pointer. Averaging 4.1 rebounds per game and 1.1 blocks, he is a defensive presence at 6’9″ and can help mitigate fatigue for Taj Gibson and Nerlens Noel.

Ultimately, Henson is another depth signing that shouldnâ€™t take any minutes away from the regular starters. As a former first-round pick back in 2012, he undoubtedly has some talent and upside, but at 30 years old, this is more of a test to see if he can fit their mold and style before extending him for the remainder of the season.

With Mitchell Robinson expected to miss the rest of the season with a fractured right foot, the Knicks have been running through centers trying to find a decent fit on the backend. Currently, Noel is their primary starter as Gibson, who is 35 years old, is coming off the bench. At 27, Noel has been stellar for New York this season, averaging 4.8 points, 6.1 rebounds, and 2.0 blocks per game, a career high.