Knicks News: With point guard struggles mounting a Lonzo Ball trade could be in the near future 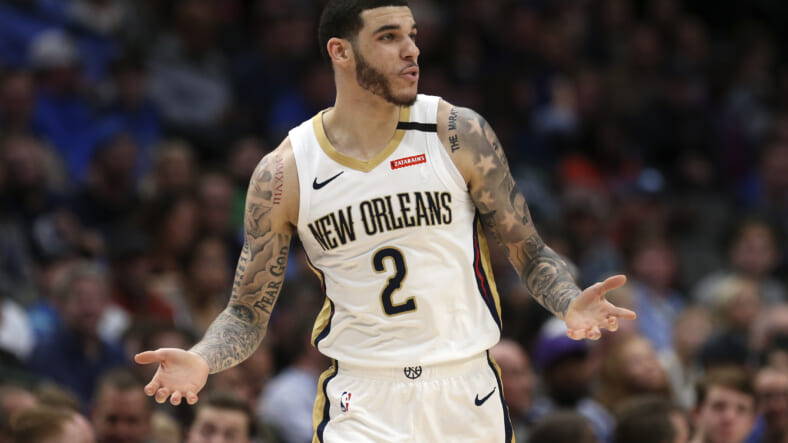 The New York Knicks have mounting problems at point guard, especially since they arenâ€™t fully committed to Immanuel Quickley at the position. Both Elfrid Payton and Derrick Rose have missed the past few games, and if those inconsistencies are to continue, New York might want to look at the trade market to add another option.

The Knicks have been connected to a variety of players, including Houston Rockets guard Victor Oladipo and pelicans point guard Lonzo Ball.

Marc Berman of the NY Post believes the Knicks still have their eyes on Pelicans PG Lonzo Ball:

That is why the Knicks have always kept an eye on Hornets point guard Terry Rozier and young Pelicans playmaker Lonzo Ball (who would probably be more of a summer transaction).

Ball is an intriguing player that the Knicks could utilize due to his offensive contributions. While heâ€™s only averaging 14.2 points per game over 31.5 minutes, the Knicks have been forced to roll with Frank Ntilikina, who is more of a defensive player and doesnâ€™t offer much on the offensive side of the ball.

Making a move for Lonzo would undoubtedly flush the team with point guards, but that is never a bad problem considering the Knicks have lacked a true consistent starter for quite some time. Ball is only in his fourth season in the NBA, and at 23 years old, has plenty of time to continue developing. Heâ€™s having his best season offensively, connecting on .426 of field goals and .389 from downtown. His free-throw percentage has also taken a significant step forward, posting a .566% free-throw rate in 2019 and seeing a bump to .767% this year.

A move for a point guard should be predicated on Quickleyâ€™s development, as taking valuable minutes away from him might not be the most beneficial move. However, adding competition is never a bad thing, but the Knicks might have to give up a few young pieces and draft capital to acquire Ball.