Knicks News, 7/22: Kelly Oubre details what he would bring the New York, Bullock should be retained 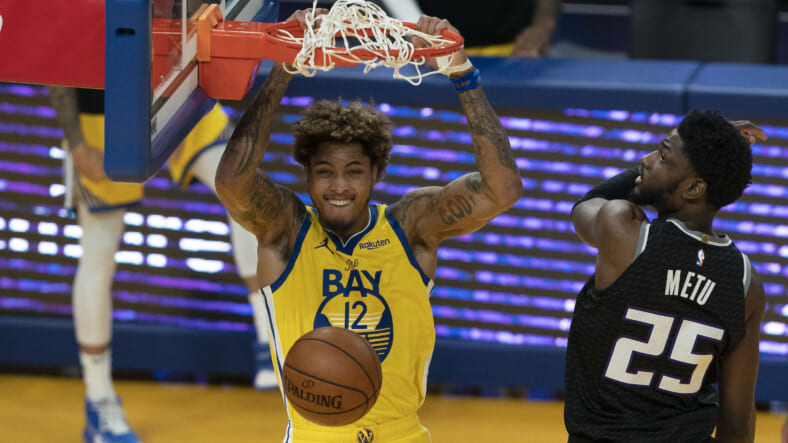 The New York Knicks will be active during free agency this year, and one player they have been connected to is Golden State Warriors small forward Kelly Oubre Jr.

Oubre is a 6â€™7â€, 203-pound left-handed shooter, which would add another diverse player to a team that already has two lefties with Julius Randle and RJ Barrett.

During the 2020-21 season, Oubre averaged 15.4 points, 6.0 rebounds, and shot 44% from the field. While he only connected on 31.6% of the shots from three, averaging 5.2 attempts per game, he started off the season very poorly, which dragged down his statistical total.

Overall, Oubre has the potential to be a great 3-and-D player under head coach Tom Thibodeau, and he indicated that recently.

â€œI am just looking for defense, hard-nosed defense, scrappy, fast-paced, athletic, open floor offense. That is what I thrive in and kind of just getting after it man, having a team for the hard nosed dog individuals, thatâ€™s ideal.â€

When asked about joining a scrappy Knicks team, Oubre stated:

â€To come in and to help help the organization get better. Theyâ€™ve already started, the uphill trajectory of what theyâ€™re trying to get to with this past year, having a great season and balling out, RJ coming into his own, everybody really coming into their own and making a family unit. That was pretty much the biggest thing and that is why I feel like Tom Thibodeau had a very big part in that.â€

It seems as if Kelly is seeking a multi-year deal, and the Knicks have plenty of cap room to make that happen if they view him as a long-term solution a small forward. They would essentially be replacing Reggie Bullock with Oubre at a higher price point.

Factoring in the decrease in three-point efficiency but advanced defense, they would be trading one strength for another. Bullock hit on 41% of his 3-PT attempts last year and is drawing interest from teams like the Boston Celtics, Philadelphia 76ers, and even the Los Angeles Lakers.

Marc Berman of the New York Post reported that Bullock will be sought after this off-season, so the Knicks will have to fend off other teams if they want to keep the 30-year-old Maryland native. He averaged 10.9 points, 3.4 rebounds, and shot 44% from the field this past year, averaging 30 minutes per game.

Ideally, New York would retain Bullock, who stated he prefers to stay with the club and continue building upon their success this past season.