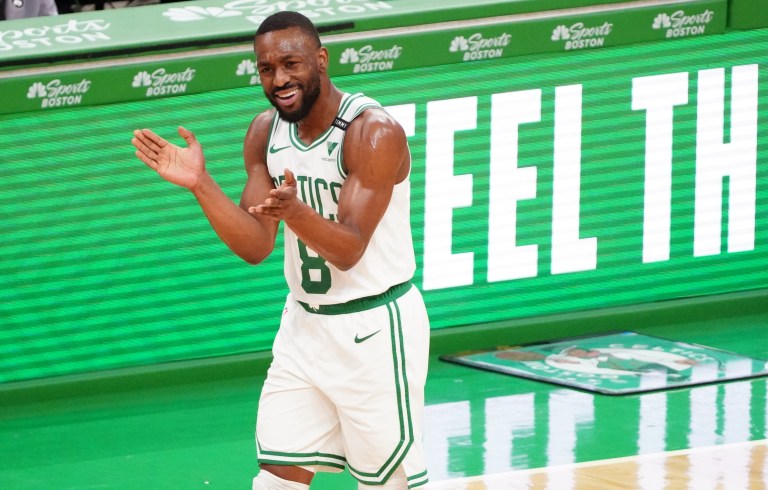 In a massive splash move on Wednesday morning, the New York Knicks landed star point guard Kemba Walker, who is finalizing a contract buy-out with the Oklahoma City Thunder. Walker is coming off a four-year, $140.7 million deal and was projected to earn $36 million this upcoming season with a $37.6 million player option in 2022.

Instead, Walker will sign a brand new contract in New York after averaging 19.3 points, 4.9 assists, and shooting 42% from the field last season over 43 games. Having landed four All-Star appearances in the last five years, the Knicks finally have their point guard of the future, as the Bronx native has been eyeing a return home for quite some time.

Kemba Walker is finalizing a contract buyout with the Thunder and the New York Knicks will sign the four-time NBA All-Star as a free agent, sources tell @TheAthletic @Stadium.

This massive move injects Walker into a point guard room including Derrick Rose, Miles McBride, and Luca Vildoza. However, Luca has a non-guaranteed contract, so the Knicks could theoretically let him go and save $3.3 million for the upcoming season.

As a fantastic ball-handler and offensive weapon, Cardiac-Kemba should add a significant name next to Julius Randle, taking a ton of pressure off the star power forward. The Knicks we’re looking to make a splash in free agency, and while they focused on bringing back some of their own, this undoubtedly takes the cake.

Kemba is expected to earn around $8 million annually, suggesting an absolute steal for the Knicks.

The New York Knicks are planning to offer Kemba Walker a contract worth roughly $8 million in average annual value, according to league sources.