Knicks’ Kemba Walker opens up about being benched, unsure what the future holds 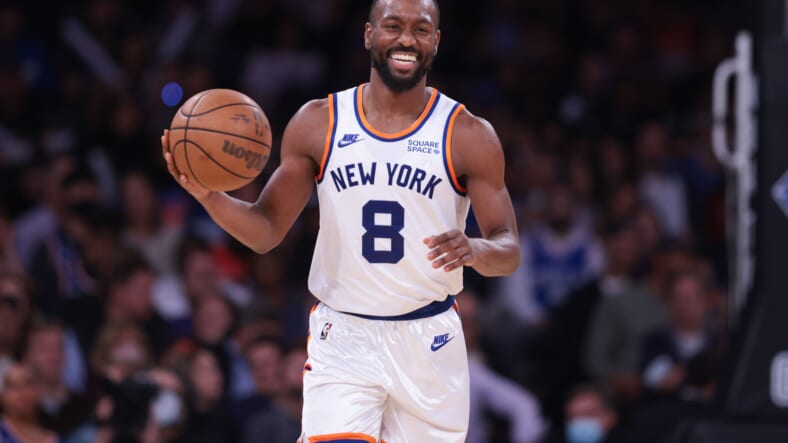 The New York Knicks got a bit too excited this past off-season, adding offensive playmakers, but they completely forgot how dominant their defense was during the 2020â€“21 season, which created a new identity for the team.

They elected to spend big money on acquiring Evan Fournier on a four-year, $72 million deal and landed Kemba Walker on a two-year, $17.9 million contract. However, both Fournier and Walker have been awful contributors on defense, failing to get into proper positioning and guarding the perimeter.

This led to head coach Tom Thibodeau pulling Walker from the rotation, especially after an abysmal November, where he shot just 29.6% from three-point range and 39% from the field. He posted more single-digit production games than double-digit scoring, shooting over 33% in just four contests.

However, the benching didnâ€™t derail Walkerâ€™s attitude and confidence, indicating he would always be a team-first guy and support in any way he can. Itâ€™s not a bad gig for a player to earn $8 million to hang out on the bench and remain healthy for his next opportunity.

“I’ve always been a team guy first,” Kemba said. “It’s not about me, itâ€™s about the team. So if he feels that’s whatâ€™s going to make the team better, then so be it. I’m just going to be here for my teammates. Iâ€™m here to help in any way, shape or form that I can.”

“I love being around my teammates,” he said. “I’m going to cheer them on until I can’t anymore. That’s what it’s about.”

Ultimately, the Knicks havenâ€™t been much better in the absence of Walker, losing their last three games against Brooklyn, Chicago, and Denver. They will look to turn things around against the San Antonio Spurs on Tuesday, but the squad has to find a new home for Walker at some point this year, which could come in a potential trade.
Kemba indicated that he is not sure what the rest of the season holds, but it is possible the Knicks need him down the line if injuries begin to mount. However, Thibodeau seems to be more reliant on Immanuel Quickley and even Miles McBride in a worst-case scenario rather than pulling walker back into the mix.