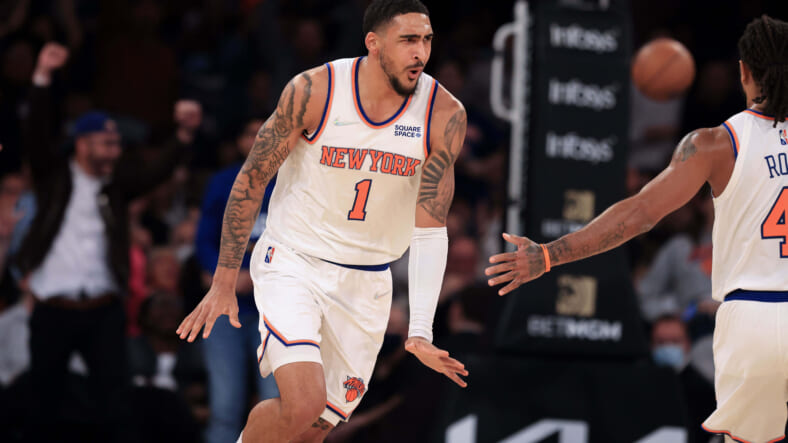 On Tuesday night, the New York Knicks are gearing up to face off against the Minnesota Timberwolves. Minnesota took down the Boston Celtics on Monday evening by a score of 108–103, despite playing without several of their stars.

Reserve guard Jaylen Nowell featured 29 points off the bench, while Nathan Knight contributed 20. Altogether, the Timberwolves took down a thin Boston team with their own depleted roster, but the Knicks bring a different element with several players returning from the NBA’s health and safety protocols list.

Tom Thibodeau’s squad desperately needs to string together a few wins after building a bit of momentum against the Atlanta Hawks on Christmas Day. The Knicks currently sit with a 15–18 record, good for 5th in the Atlantic Division and 11th in the Eastern Conference. The Knicks are just one game out of a play-in spot for the postseason, and with plenty of time left to resurrect their hopes, the upcoming schedule offers them a fantastic opportunity to do just that.

The Knicks have 13 consecutive games against teams with a sub .500 record. They already beat Atlanta, and considering they play better away rather than at home, their upcoming four-game road trip should present an opportunity to get back in the mix.

After facing off against the Timberwolves, the Knicks will travel to Detroit, Oklahoma City, and then Toronto before returning home against Indiana. Detroit is the worst team in basketball, losing the majority of their games this season. The Knicks recently overcame them 105–91 on December 21, with Kemba Walker and Evan Fournier combining for 43 points.

However, with some of these teams battling Covid issues and the Knicks returning several players, they may be hitting their stride at just the right time to make a push. In addition, the chemistry between Kemba Walker and Julius Randle has continuously improved since his return from exile.

Randle has played far more efficient ball as of late, working off Walker’s aggressive style instead of posting up in isolation and trying to make things happen on his own. Randle has scored no less than 20 points since Walker’s return from the bench. The veteran point guard has offered a spark of energy and scoring production the team desperately needed with some of their young sharpshooters out.

Nonetheless, here’s a look at the next 13 games and the opposing team’s record: