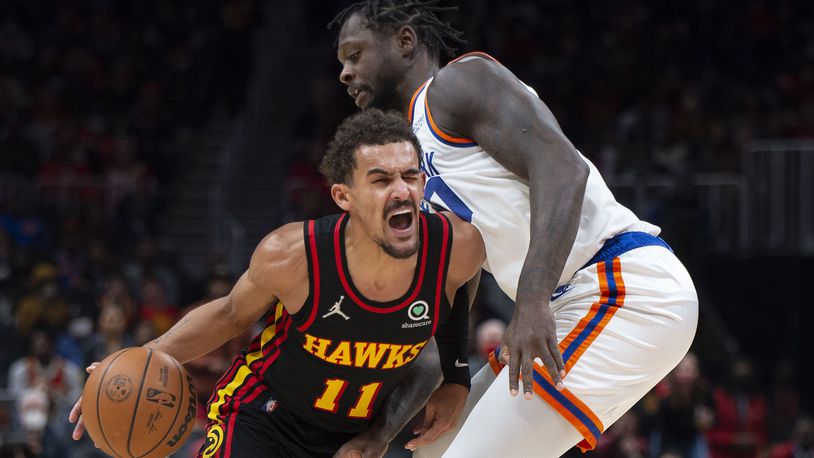 On Saturday night, the New York Knicks hammered the Atlanta Hawks, scoring 117 points compared to 108 from their opponents.

After executing a trade with Atlanta this past week, the Knicks enjoyed playing the Hawks without Cam Reddish, who is averaging 12 points this season over 23 minutes. While Trae Young did contribute 29 points, his -13 +/- was the worst on either team.

Alongside Young, Danilo Gallinari contributed 17 points, but the team shot just 36.4% from three-point range. The Knicks were far more effective with their shooting efficiency, hitting 41.9% of shots from deep and 50.6% from the field.

Every starter for New York posted double-digit points, including 26 from RJ Barrett on 2 of 5 shooting from three-point range and 8 of 20 from the field. Julius Randle added 24 points with a game-high +12 +/-, six rebounds and a team-high nine assists. Mitchell Robinson also had a stellar performance, contributing 14 points and 13 rebounds, including five offensive.

Barrett has led the way for the Knicks’ offense and recent days, stringing together nine consecutive double-digit performances, including three games with 26 points or more.

In the month of January, Barrett is averaging 24.3 points and hitting 50% of the shots from deep, showcasing one of the team’s more fruitful resolutions.

The Knicks are always looking to steal a game against Atlanta, especially after being knocked out of the postseason last year in the first round. Despite Trae’s outing, New York’s defense played admirably.

This season, it was only the first time that all Knicks starters scored at least 14 points, with Barrett and Randle combining for 50 points, 11 rebounds, and 12 assists. After reaching a .500 record in the win over the Dallas Mavericks, the Knicks are now one game above and slotted into the 10th seed.

Over the second half of the season, the Knicks will have to pick up a lot of ground to guarantee a playoff appearance, but they are only three games behind the 6th seeded Cleveland Cavaliers.