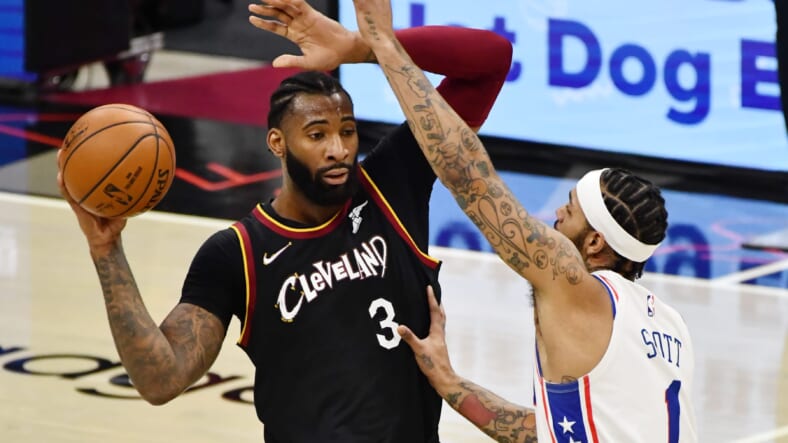 The New York Knicks didnâ€™t make any significant splashes at the trade deadline on Thursday, but there is one big player available they could pursue aggressively. After an incredible comeback victory over the Washington Wizards, the Knicks showed off their resiliency, which might be appealing to a two-time All-Star like Andre Drummond.

Drummond was bought out by the Cleveland Cavaliers as they failed to find a trade partner and will reportedly â€œlisten to pitchesâ€ from several teams, including the Los Angeles Lakers and Knicks.

Cleveland benched Drummond weeks ago in hopes they could find a trade suitor, but with his massive $28.8 million salary hit, teams werenâ€™t willing to bite on a contract that size. Heâ€™s in the final year of a five-year, $127.2 million deal, and at just 27 years old, he still has plenty of quality basketball left in him.

This season, heâ€™s averaging 17.5 points, 13.5 rebounds, 2.6 assists, 1.6 deals, and 1.2 blocks over 25 appearances. Heâ€™s consistently a double-double player who is a fantastic presence in the paint and consistently blocks shots at a high rate.

The New York Knicks are in the running:

The Knicks, however, have competition from several big teams with star players. New York is still rebuilding and looking for adequate pieces to add to their puzzle of interesting players. They are one dominant force from being an above-average team that can beat playoff-caliber squads, but most recently lost to the Brooklyn Nets and Philadelphia 76ers twice.

The problem that Drummond might brew in New York is the presence of Mitchell Robinson and Nerlens Noel. Head coach Tom Thibodeau is concerned that he might disrupt their chemistry, and heâ€™s completely fine rolling with the current squad of players they have. I would argue that Noel, who signed a one-year, $5 million deal with the Knicks last off-season, could be on his way out next year. If the Knicks acquire Drummond and extend him long-term, they can quickly replace Noel and begin to develop new chemistry with Andre and the starting five.

Having an elite presence inside who is also a physical defender at the point of attack would be stellar, and with Robinson quickly approaching the end of his contract, having a player like Drummond locked in could be viewed as a massive positive.