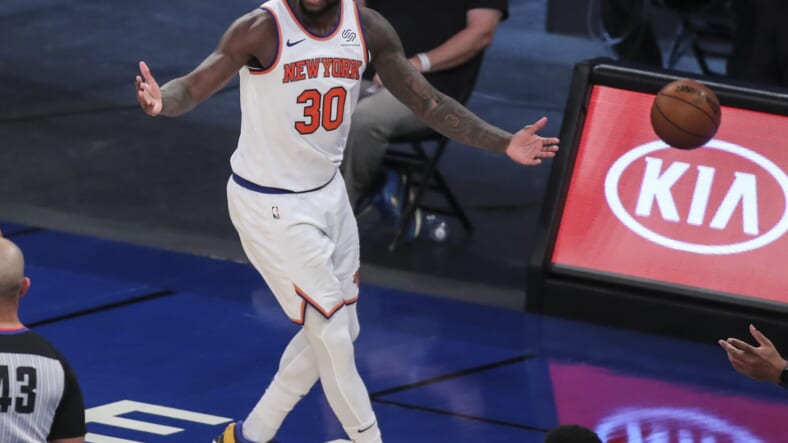 The New York Knicks disappointingly fell to the Orlando Magic in their first defeat of the season on Sunday evening. After demolishing them away in Orlando, the Magic bounced back with a young team, led by veteran Terrence Ross, who scored over 20 points in the fourth quarter to help his team achieve victory.

The Knicks struggled defensively, which will undoubtedly spark a negative reaction from head coach Tom Thibodeau, who relies significantly on adequate defense to control the pace of the game and provide the team with a competitive edge.

However, the Knicks faltered significantly, allowing two players on Orlando to top 20 points. Ross finished with 22 and Cole Anthony with 29 and 16 rebounds, despite him being a primary point guard.

The Knicks did enjoy a few solid performances from players like Mitchell Robinson, who posted a double-double, and backup point guard derrick Rose, who posted 23 points on 9-of-16 shooting from the field.

Nonetheless, a poor performance from All-Star power forward Julius Randle stood out the most, despite him posting 30 points on the evening. Randle connected on just 20% of his three-point attempts, 2-of-10. He finished shooting 8-for-24 from the field, collecting 16 rebounds.

While Randle’s point production seems solid on paper, his shot selection was poor, leading to empty possessions when the team needed to be passing the ball.

Evidently, the team realized that when Randle isnâ€™t playing at the top of his game, they are vulnerable to lesser teams. It puts more emphasis on the performances of third-year shooting guard RJ Barrett and new signings Kemba Walker and Evan Fournier.

They need to find ways to create points when Julius isnâ€™t playing at the top of his game, and they failed to do that as Kemba finished with a -14 +/-. In fact, the only player to finish with a positive +/- was Robinson, who looked fantastic on defense and fought through a slight ankle twist.

Luckily for New York, Randle should bounce back to his normal self in the coming days as the team prepares to take on the Philadelphia 76ers on Tuesday evening. Philly has started the year 2â€“1, losing their only game to the Brooklyn Nets. They have beaten both the Pelicans and Thunder, scoring no less than 109 points in their first three contests.