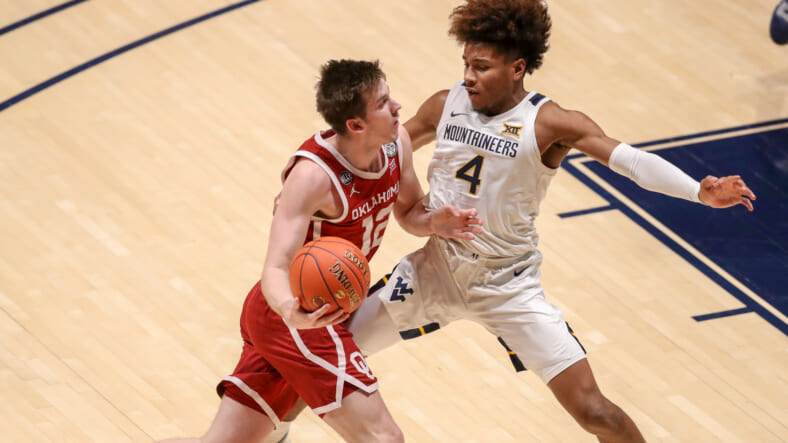 There are two skills you can never have enough of an NBA roster, and those are shooting and defending. The New York Knicks are looking to improve in both categories, as head coach Tom Thibodeau focused in on two specific athletes, Miles McBride and Quentin Grimes.

Both have one major similarities, defensive production and efficiency. Both played physical and high intensity basketball last season at the college level, and defense is one of the more translatable traits.

McBride has elite sleight of hand, averaging 1.9 steals per game last season and showcasing an ability to poke the ball free from handlers. Heâ€™s an extremely savvy defender with superior athleticism, but heâ€™s also one of the toughest players in the draft.

â€œI see people ahead of him that I know heâ€™s better than,â€™â€™ West Virginia assistant coach Erik Martin told The Post. â€œSome of those guys heâ€™s outplayed when we played them. Heâ€™s 6-2, a former football player and a winner. He has toughness. He came in the door with that. Hopefully where he gets drafted is somewhere where heâ€™d play.â€™â€™

McBride is not only a defensive talent, he also shot an impressive 41% from three-point last season, averaging 15.9 points per game. Developing him behind an established veteran will give him plenty of time to adapt and refine his talents, hopefully growing into a long-term solution.

McBride is a point guard, though, while Grimes features as a shooting guard who feels he can do far more than the perception of him during the draft indicated.

Quentin Grimes detailed his approach to the NBA and the perception of him ahead of the 2021-22 season, via SNY:

â€œI felt like just leading up to the draft when I had my workouts with them, I feel like it was a great fit. I know CoachÂ [Tom Thibodeau]Â is a tough, hard-nosed coach, and then coming from [Houston] CoachÂ [Kelvin] Sampson, who is also a tough, hard-nosed coach, I felt like it would kind of be a match made in heaven,â€ Grimes said. â€œJust that heâ€™s gonna be on youâ€¦

Grimes is an elite shooter, averaging 17.8 points per game last season on 41% shooting from the field. He also connected on 40% of his shots from range, averaging 8.3 attempts per game. His ability to drive the baseline and shoot with a fearless mentality will help him at the next level.

At 6’5″, 205-pounds, and a 6’8″ wingspan, Grimes has great size and length to guard multiple positions on the perimeter. He averaged 1.4 steals per game last season at 21 years old, and has some of the most active hands in the draft class. Heâ€™s solid at closing out shooters and contesting jump shots, something his size helps him with.

Expect to see Grimes play a similar role to Reggie Bullock next season, being more of an off-ball player who hovers into specific spots on the floor, predominantly beyond the three-point line. His excellent defense will contribute toward him being perceived as a 3-and-D player, but that is not a bad thing whatsoever.

Ultimately, the Knicks added two players who will contribute immediately on defense, but also have solid offensive potential. Depending on how the front office attacks free agency, we could see both of these rookies play a significant role next season.