Knicks could aim to drag Damien Lillard away from Portland 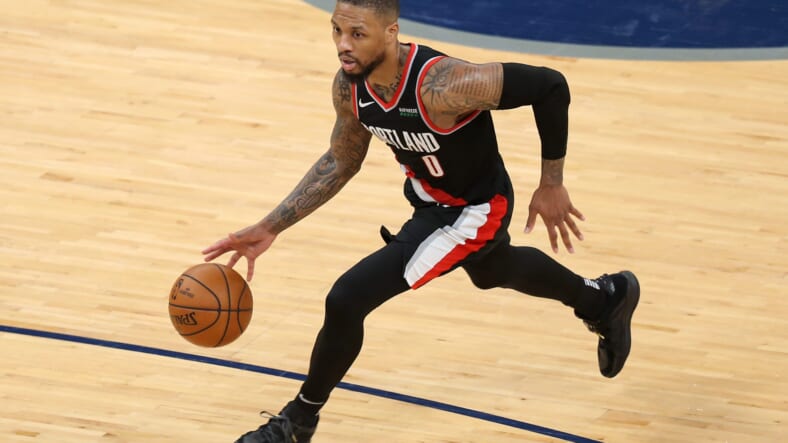 There is a reason to believe that the New York Knicks could convince star point guard Damian Lillard to consider taking his talents to New York, but he would have to force a trade from the Portland Trail Blazers to get it done. As the former sixth overall pick in 2012, Lillard is currently 30 years old and still dominating, averaging 28.2 points per game this year.

There is no question that Lillard is one of the league’s best talents, having made four consecutive All-Star appearances and six in his career. The Knicks are becoming a hot destination for any star player that is looking to make a change of scenery, and Lillard could fit the bill based on his team’s recent struggles, as they currently rank seventh in the Western Conference. While they are in line to make the postseason, the Trail Blazers are far from being a championship-winning squad.

Portland has done a poor job of pairing Lillard with another star to compliment him, and the Knicks could do that with ease, considering they already have Julius Randle on the team and RJ Barrett who is taking a massive step forward this season. Theyâ€™re lacking a true playmaker at the point guard position, and Lillard would not only upgrade that spot but give them one of the best players in the league at the position.

However, is it even probable that Lillard makes a move from Portland to New York, one reporter believes it is possible.

â€œSimply put, Lillard has not received the help he needs to win a title in this era,â€™â€™ Haynes stated. â€œAs he turns 31 this summer and considering all heâ€™s done for the franchise, a more aggressive, risky approach is needed in order to pair him with another bona fide star.â€™â€™

Unless Portland decides to spend some money in free agency, the Knicks could try and trade for the stars PG, and he would simply represent a serious push at a championship next season, even if the Brooklyn Nets manage to keep their squad together.